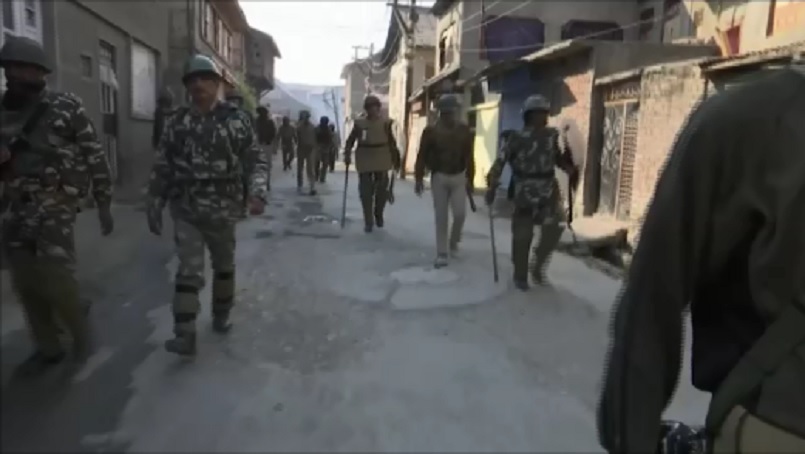 Indian security forces clashed with protesters in Indian-held Kashmir on Friday as they tried to march towards Srinagar’s Grand Mosque to hold prayers in defiance of a curfew.

The clashes came on the day a civilian and a soldier were killed in firing by Pakistani troops along the volatile frontier, according to an Indian paramilitary officer.

The officer said Pakistani soldiers fired mortars and automatic gunfire at several border posts in Jammu region on Friday in an "unprovoked" violation of the 2003 cease-fire accord between India and Pakistan in the contested region.

Speaking at the memorial service of the dead soldier, a senior officer with India's Border Security Force said India accorded a "befitting reply" to the firing.

Tension in the disputed Himalayan region has increased since last month, when India said it had carried out "surgical strikes" against militants in the Pakistan-controlled part of Kashmir.

Pakistan dismissed the claim as baseless and called on India to produce evidence to back up its claims.