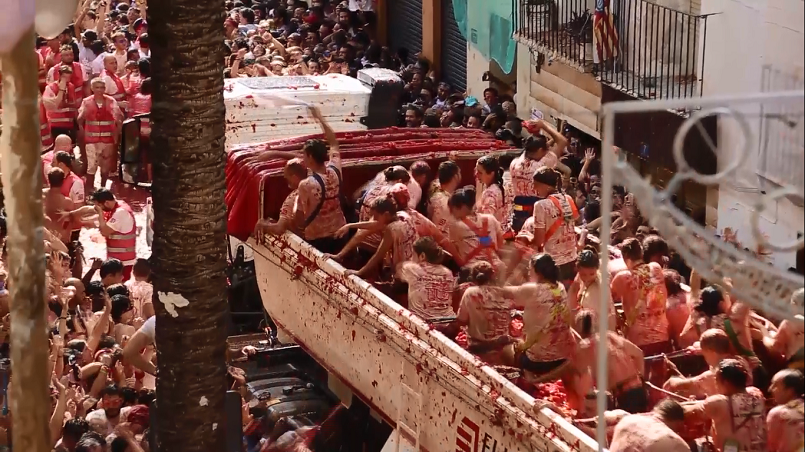 Thousands of people pelted each other with tons of ripe tomatoes on Wednesday, creating a red, mushy mess in the annual "Tomatina" street battle in eastern Spain.

At the fiesta in Bunol, 160 tons of tomatoes were offloaded from six trucks into the crowd packing the town's streets for the hour-long battle that attracts many foreigners.

The fight left the participants - many donning swimming goggles to protect their eyes - and the town's streets drenched in red pulp.

Organisers then hosed the streets down within minutes of the event, ending at noon, while participants headed to the public showers or the village river.

The paid-entry event was inspired by a 1945 food fight between local children in the tomato-producing region.

A ticket to the Tomatina festival costs 10 euros (11 US dollars).

The Festival has been taking place for more than seven decades in the small village of Bunol, in Valencia, Spain.