Video of teens twerking to gunman tune not from T&T 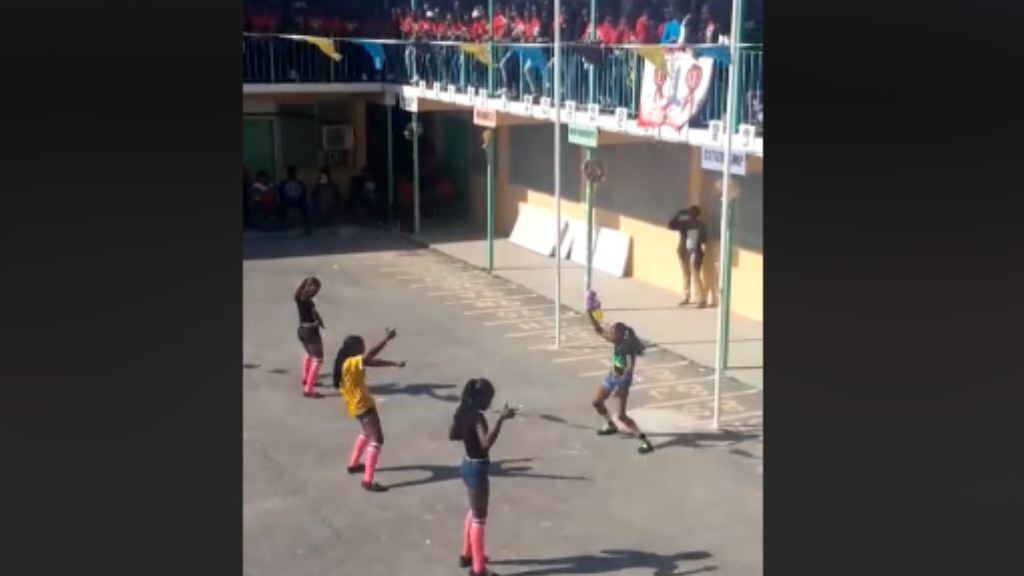 A viral video showing schoolgirls at a pep rally dancing to a popular tune by artiste Trinidad Killa did not originate in Trinidad and Tobago.

The students in the 29-second clip can be seen performing a dance routine to the sexually suggestive “Gunman in She Hole” in the school’s quadrangle while their peers cheered them on and sang along.

There is even simulated shooting during the routine in which one teen walks around with a plastic water gun, aims it at three of the other dancers and they fall to the ground.

Many social media users have deemed the video inappropriate and a display of vulgarity and placed the blame on the school’s administrators.

The video, as confirmed by officials at the Ministry of Education in Trinidad and Tobago, originated from a school in the Bahamas.

Upon further investigation, LoopTT determined that the school in question is HO Nash Junior High School, Nassau, New Providence in the Bahamas.

The video appeared to have been taken on January 30 and uploaded to social media.

The Bahamian Education Minister confirmed to Bahamas media a day later that an investigation had been launched into the matter.