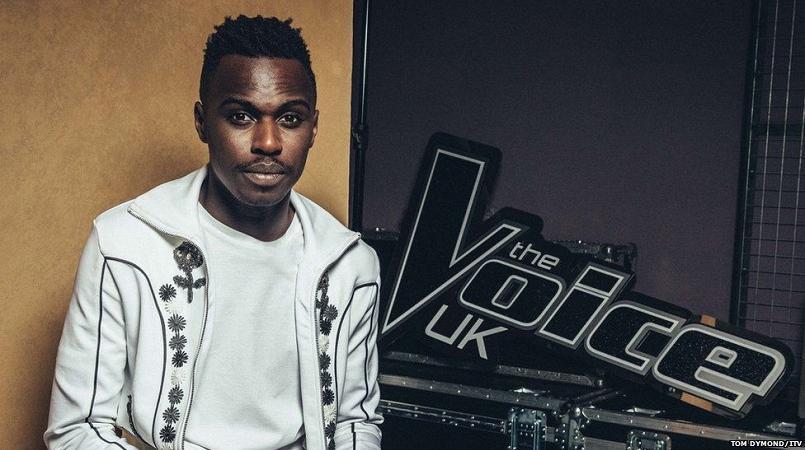 The Voice final was crashed by a stage invader who had to be taken away by security staff.

The man wearing a baseball cap ran on to the stage just after finalists Mo Adeniran and Into The Ark were announced.

He was carrying a piece of paper which he held up for viewers to read but was moved on within seconds.

Moments before, Sir Tom Jones was heard saying the F-word after his act was confirmed through to the final stage.

Some viewers joked about the size of the writing on the stage invader's sign.

Others pointed the finger at comedian Lee Nelson who's got form for stage invasion.

But ITV told the Radio Times it wasn't him. Others have also pointed out the comedian was busy at the time.

The 21-year-old hotel worker will now head into the studio to record his winner's EP.

He thanked his mentor, singer and Oscar-winning actress Jennifer Hudson, for her support.

"An amazing thank you to the most phenomenal person I have ever met, thank you Jennifer," he said.

Sir Tom said his act Into The Ark had been "tremendous"

It was the first time the singing show was broadcast on ITV after leaving the BBC.

A spokesman for ITV said: "There was a brief interruption on stage, which was dealt with immediately by security.

"The show continued as planned."

It's understood police weren't called and the man was escorted off the premises.

The intruder is thought to be wannabe rapper, Dr A.C.

He posted a Periscope video afterwards to explain why he ran on to the stage at the Voice final.