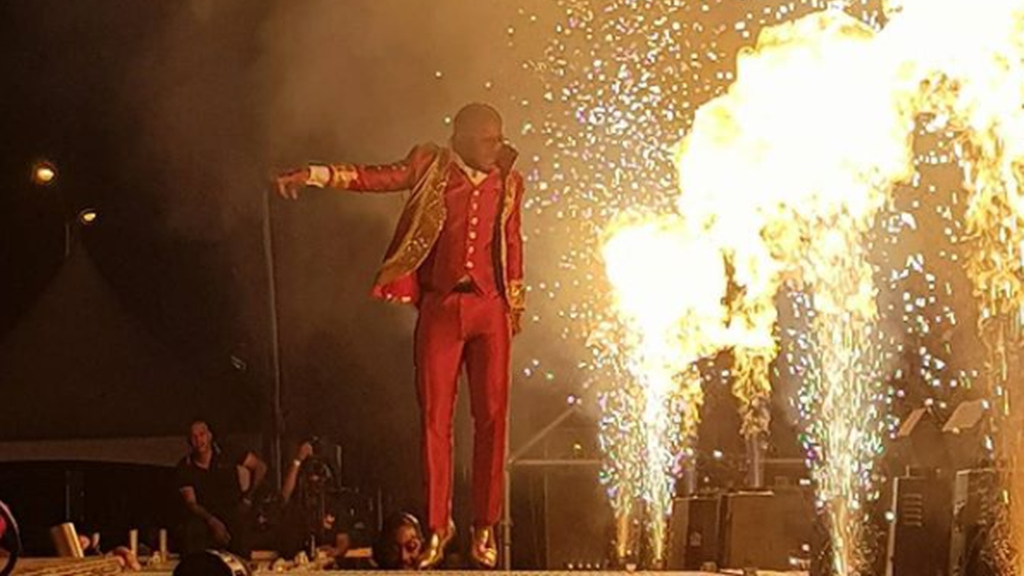 Aaron 'Voice' St Louis captured during his winning performance at ISM in 2018.

Reigning International Soca Monarch, Aaron ‘Voice’ St Louis, will decide by the end of the week if he will defend his title.

Voice, who won the ISM three years in a row, is still undecided about competing this year.

Lyons-Alvarez told artists on Monday night that the Soca Monarch winner will come from the Power Soca category. There will be a Groovy category but the winner will receive less money than the overall winner.

Voice said while he understands what the new body is trying to achieve to get the vibes back, he believes the best way to attract the crowds back to the ISM in the short term would be the inclusion of more established acts.

“If you are looking for drastic changes in the short run you need the push and support from the established artists to bring back the hype to the competition,” he said.

Voice, who placed second in his debut at the Calypso Monarch competition last year, said he will also decide this week if he will be throwing his hat back into the ring.

When Loop spoke to Voice at Sekon Sunday, he said his main mission is to encourage soca artists to bring back calypso.

“That is the father of soca music, without calypso we have nothing. I would really hate to see calypso die.”