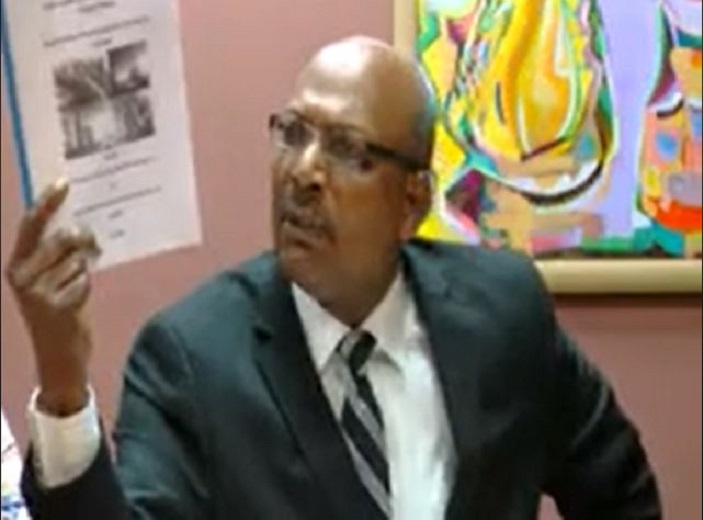 Mark made the request at an urgent media briefing during the Parliament's tea break on Wednesday.

"If you see the sweetheart incentive Dr Rowley agreed to as the Prime Minister of this country. He was the Minister of Housing and Urban Development when the framework agreement was signed on the 13th of July. He cannot escape responsibility."

"This requires a criminal forensic investigation. I think the Commissioner of Police should have an interview with the Prime Minister as well as all of these officials including Newman George, the Chairman of that Board of Directors and the Managing Director of that company, Brent Lyons."

The CGGC was expected to construct 439 housing units at US$72 million in its first phase; 204 in Port of Spain and 235 in San Fernando. A total of 5000 units were expected to be built by the end of the project at a cost of US$812 million, as quoted by Mark.

Armed with documents, the UNC Senator questioned the numerous benefits given to CGGC under the cancelled "sweetheart" deal. He also laid blame at the feet of the Prime Minister who he said was Housing Minister when the agreement was made.

"Imagine no VAT, no Corporation Tax. These fellas want 10% mobilisation fee within 10 days of signing. The $500 million dollars must be guaranteed within 28 days of them signing where they could get their $500 [million] without delivering one unit. Provide them with five acres of land, build houses for 600 Chinese who will get work permits to come here. Not only that, make sure that there is a permanent police patrol to make sure these Chinese are well protected and they must be armed and they must be at the disposal of the Chinese employer and company. This is what is here."

Mark further questioned whether due diligence was followed in this arrangement.