Walmart to sell UK unit as it focuses on other markets 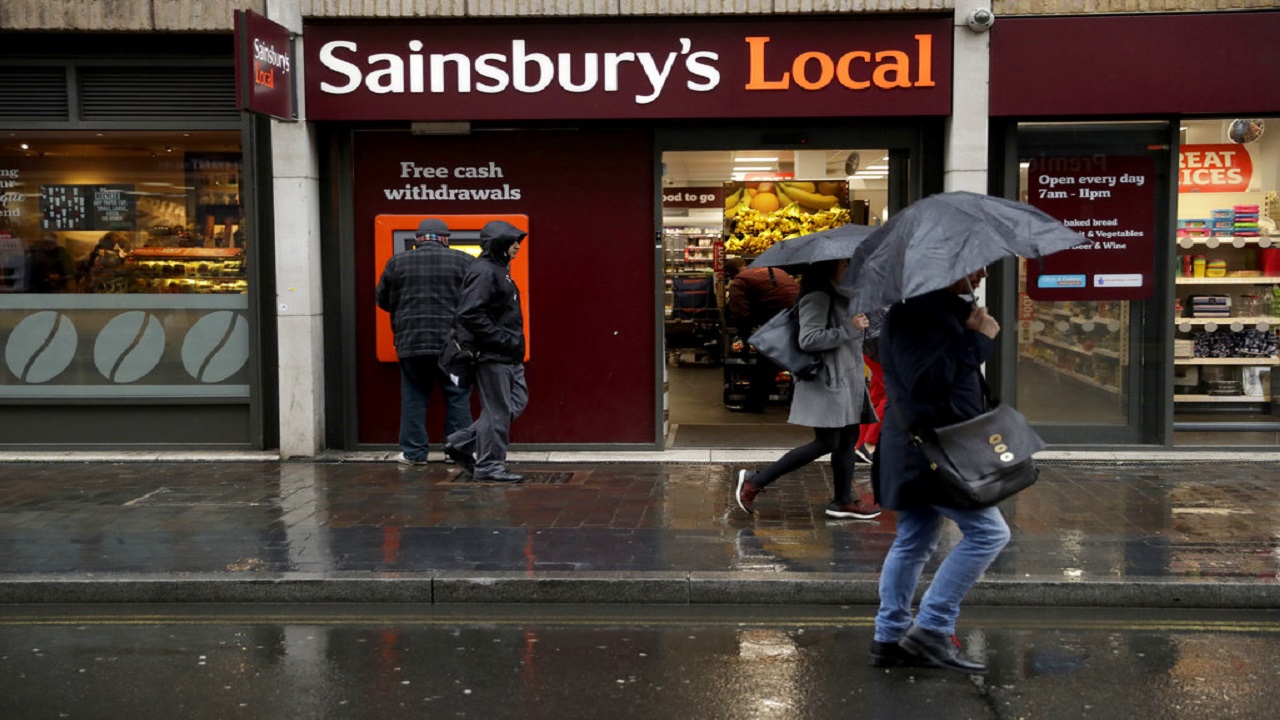 Sainsbury's has agreed to buy Walmart's U.K. unit, Asda, for 7.3 billion pounds ($10.1 billion) in cash and stock in a deal that would create Britain's largest supermarket chain. (Photo: AP)

Walmart is selling its British unit, Asda, to local rival Sainsbury's for 7.3 billion pounds ($10.1 billion), a deal that lets the world's largest retailer focus on online sales in countries where it has stronger growth prospects and faces less-intense competition.

The cash and stock deal will reshape Britain's supermarket industry. It combines the No. 2 and No. 3 supermarket chains, with a total 31.4 percent share of the market that would put it ahead of the current leader, Tesco, according to data from Kantar Worldpanel.

Walmart overall is building fewer big stores and increasing its focus on internet businesses as people shop more online and at sites like Amazon. The company is expanding services like same-day delivery in the U.S., while focusing on big prizes overseas like China and potentially India. Walmart is reportedly in talks to buy a majority stake in Flipkart, India's leading e-commerce company, which would give it a foothold in an exploding online market.

"Given the competitive landscape in U.K. grocery retail, profitable growth and expansion opportunities are limited, so reducing resources makes sense — especially when there are other geographies and channels" with more opportunity for growth, said Moody's Lead Retail Analyst Charlie O'Shea.

In Britain's grocery market, discounters have taken market share from traditional chains such as Sainsbury's and Tesco. Asda was also fighting to compete with no frills German-based discounters Aldi and Lidl, which offer sharp discounts but limited assortments.

The deal with Sainsbury's is "consistent with our strategy of looking for new ways to drive international growth," Judith McKenna, CEO of Walmart's international business, said in a statement.

The combination joins Asda's strong presence in northern England with Sainsbury's larger operation in the south, creating a company with more than 2,800 stores across the country and 51 billion pounds of annual revenue.

Sainsbury's said it will retain both brand names, has no plans to close stores, and could lead to prices that are up to 10 percent lower. Britain's Competition and Markets Authority said it will "likely" assess whether the deal could reduce competition and choice for shoppers, but Sainsbury's shares jumped as much as 21 percent in London.

Walmart, which operates stores under 55 banners in 27 countries outside the U.S., has taken some lumps as it tries to import its low-price strategy overseas.

The Bentonville, Arkansas-based company gave up in Germany and South Korea in 2006, and it closed 10 percent of its Brazil stores in 2016 as it looked to restructure its operations. In many overseas markets, Walmart has lacked the scale to press local suppliers on price as it does in the United States.

Walmart's international business, which accounts for about 24 percent of its total sales and rang up $118.07 billion in sales for its latest fiscal year, has seen slower sales growth. In the fiscal year ended Jan. 31, its international sales rose 1.7 percent, while its Walmart U.S. division rose 3.5 percent.

But Walmart has been working to adapt to the various landscapes and differing consumer behaviors, and teaming up with local partners when it realizes it can't go alone.

In China, where more than 700 million people are online, it has had a tough time competing with local players like Alibaba Group Holding Ltd.

So Walmart, which opened its first store in China in 1996 and has just over 400 stores, has also signed a strategic alliance with Alibaba's rival JD.com to help expand delivery services. Walmart has a 12 percent stake in JD.com.

Sprint and T-Mobile to merge in $26.5 billion deal