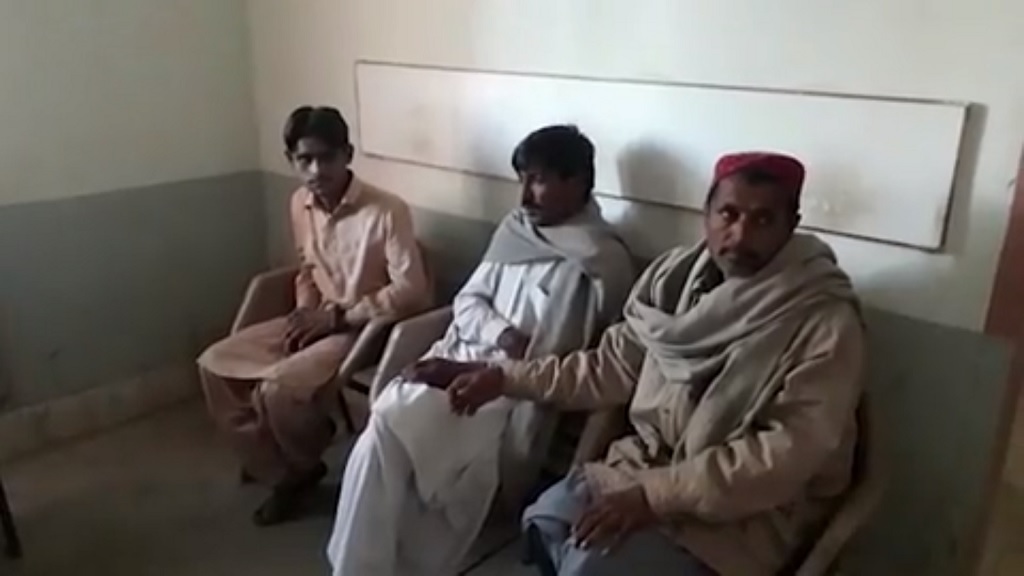 Police in Pakistan rescued a 10-year-old bride who was forced to marry a 50-year-old man, after they arrested 11 people, including her mother.

Cops raided the house of Muhammad Mehar in Khipro village in Pakistan's Sindh province where 10-year-old Pathani Mangrio, was forced into a marriage with Jeetmal Mehar, almost the age of her father.

The groom, who hails from Rahim Yar Khan, had allegedly offered £5, 400 to the parents of the girl for agreeing to this marriage.

However, before the marriage contract would have been signed in presence of the Pathani's mother Masmat Nabiat Manghrio and the groom's relatives at Muhammad's residence, police barged into the house.

They arrested 11 people including the mother of the girl however, they failed to arrest the groom who escaped from the scene.

Gulzar Mari, a police officer who is investigating the case, said: "On December 19, around 11:00 am we received information that a minor girl was being married to a 50-year-old man."

"We took immediate action and raided the house of Muhammad Mehar. He was the broker in this marriage and had taken £340 from the groom and £170 from bride's family."

Masmat Nabiat said that she had agreed to marry her daughter off to the man who is 40-years elder to her as the family had to pay a loan of around £3400.

"My husband was ill and for his treatment we had taken loan from some influential people."

"My husband is unable to stand on his feet and can't walk that is why he was not present at the Nikah ceremony of our daughter.

"Due to financial constraints we couldn't pay back the loan. The people we had taken money from were pressuring us that they will recover their loan amount by selling our house.

"Muhammad Mehar contacted us through some sources and offered £5400 if we will marry our daughter to Jeetmal Mehar.

"Neither I nor my husband wanted to do this injustice to our daughter but we had no choice. The groom also said he will not demand any dowry and he will bear all the expenses of marriage."

"I was approached by Muhammad Mehar for reciting Nikah. I didn't know the girl is only 10 years old as I didn't ask for age of bride and groom.

"I just asked the names of the bride, groom and their parents name and recited Nikah."

Police have registered a case under Sindh Child Marriages Restraint Act and produced all the arrested people before a court on Wednesday.

The court has ordered the bride to be sent with her maternal grandfather and the others to jail until investigation is completed. The court has also given a two-days time to police to arrest the groom.

Under law, child marriage is a punishable offence in Pakistan with a minimum punishment of two-years rigorous imprisonment. The imprisonment may extend to 3 years and is also liable to fine.

According to a UNICEF estimate, three percent of girls in Pakistan are married before they turn 15 and 21 percent before age 18.

Poverty, lack of education, and the culture are cited as reasons behind the practice of child marriage in the country.

Cops clamp down on major child prostitution ring in Jamaica