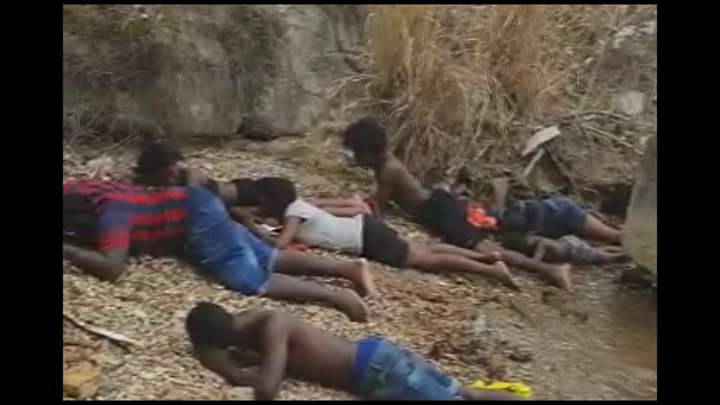 Hours after a video surfaced on social media showing dozens of mostly young people liming at the seafront in Sea Lots, 27 people were detained by police on Sunday under the Public Health Ordinance.

According to the regulations, public gatherings are limited to five people except at essential businesses.

The persons recording the video were heard using obscene language and boasting that they do not care about COVID-19 or the Commissioner of Police.

Using specific technical units, Commissioner of Police Gary Griffith was able to pinpoint the location where the initial video was taken.

The individuals returned to the same spot on Sunday, following which the Commissioner moved in and 27 persons were held, all assembled together, on the seafront in the Sea Lots area.

The majority of those held were minors.

The group was not arrested, however, they were placed in a police detention bus and the

Commissioner of Police explained to them the dangers of congregating.
He then released them .

Commissioner Griffith stated that he understands many young people are becoming very frustrated due to the stay at home policy.

However, he said the frustration cannot and should not be released by committing actions that can cost them and their friends, their lives.

Griffith stated: "I can appreciate how challenging this can be both for parents and their charges, however, I am appealing, please keep them away from groups of five or more according to the Public Health Ordinance. Find creative ways to channel the energy, all of which can be done at home without an assembly of a large group. Be innovative, but do it within the ongoing regulations, and stay healthy."