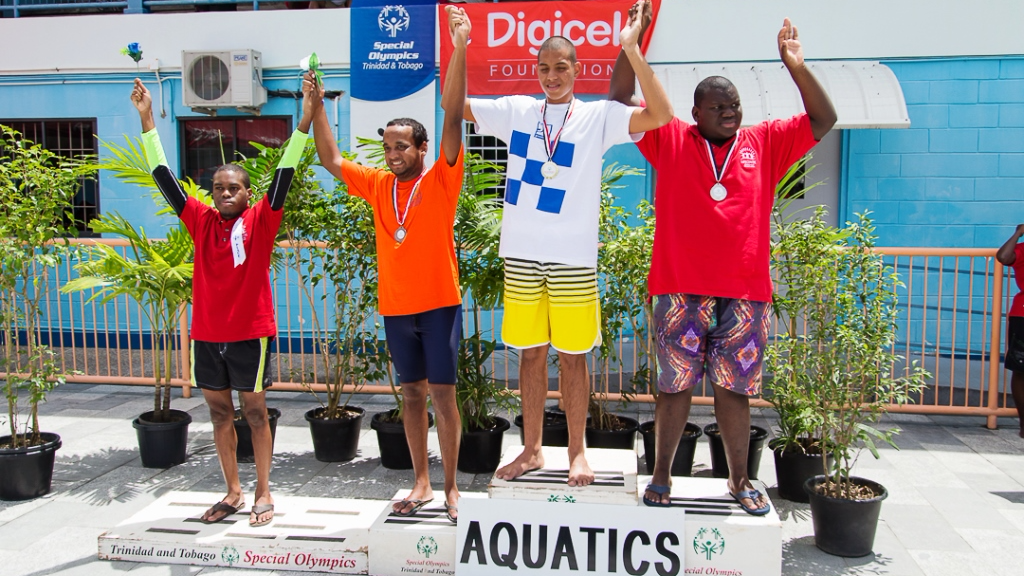 In opening the Games the Honourable Darryl Smith, Minister of Sport and Youth Affairs, brought greetings to Special Olympics of Trinidad and Tobago (S.O.T.T.) and the athletes and was in high praise of the Digicel Foundation for its philanthropy and for its support to the Special Olympics over the past twelve years.  He emphasised that: “This is the type of corporate social responsibility in which we are encouraging the private sector to engage.”  He further stated that “The Foundation’s holistic approach to the support provided, has allowed these athletes to develop their skills and compete successfully at both the national and international levels.”

In her remarks, Digicel Foundation CEO, Penny Gomez thanked the Special Olympics Trinidad and Tobago for the partnership stating that “being welcomed into your family has been a major win for us at the Foundation.  We have never felt like a sponsor, but always felt so well-connected with the strategic direction of an organisation that wholeheartedly serves so many vulnerable people.”

Throughout the day the Cheerleaders – the Blue Eagles – appeared at the various venues where they cheered on the athletes.  Also, there was excitement for family members and other supporters who had the opportunity to win Digicel Top up cards and register for Family Sims.

Among the audience, the school with the largest contingent, the National Centre for Persons with Disabilities (NCPD), went away with a movie lime courtesy Digicel IMAX and vouchers from Pizza Hut.

One of the highlights of the event - the “Torch Run” - began in Diego Martin.  The last leg of the Torch run was led by His Worship The Mayor of Port of Spain, Joel Martinez who carried the torch, along with Tamika Campbell, together they lit the symbolic Special Olympics cauldron symbolizing the close of the Games.

The Closing Ceremony and Gala concert was a huge hit, with Latin dancing performed by the Lady Hochoy Gasparillo, entertainment pieces by the Flick, Jason ‘Fridge’ Seecharan from H2O Flow and Samantha Johnson.

Matura charity receives a gift of technology from Digicel Foundation