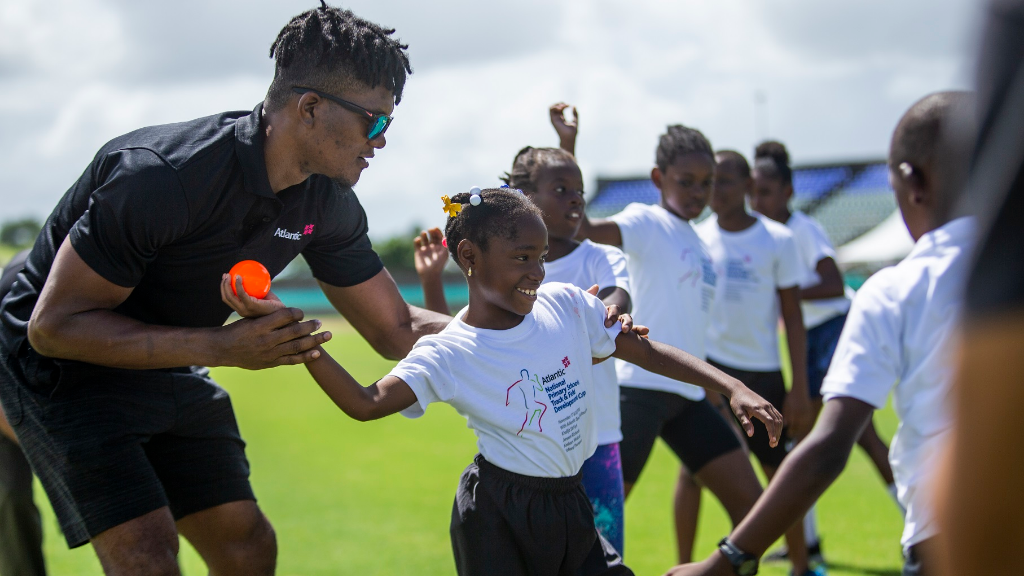 Next generation of athletes learn from Track and Field Champions

In a weekend they will long remember, 50 primary school track and field athletes underwent a master class with four of Trinidad and Tobago’s top athletes.


Richard Thompson, lead facilitator for the camp explained that the camp aimed for a holistic approach to life, nurturing the children’s sport techniques but also other areas of life such as discipline and diet.

“Since we started the camp in 2015 it has continued to broaden the development of the children who participate," Thompson said. "Last year, Keshorn was added and we included a stronger aspect of training for field events, which would have been missing. This year, we are joined by two fast-rising talents, Jereem and Khalifa.”

Many of the girls present were especially inspired by the advice they received from Khalifa St. Fort. “It was amazing to see how much natural talent they have at such a young age,” St. Fort said.

Jereem Richards was also impacted by the children’s aptitude: “I was really proud to see how enthusiastic the kids were and they were ready to learn.”

“Interacting with young athletes is always good, a very nice experience,” said javelin thrower Walcott. “Not a lot of kids know about the field events, and the wide range offered in field events…we can give them a choice.”

Atlantic lauded the four national athletes for their willingness to support the camp and its potential to help build a new generation of track and field champions.  The Atlantic Track and Field Development Camp began in 2015 as a part of the company's commitment to youth development through sport.  The top primary school athletes from seven educational districts in the annual Atlantic National Primary Schools Track and Field Championships are selected to participate.