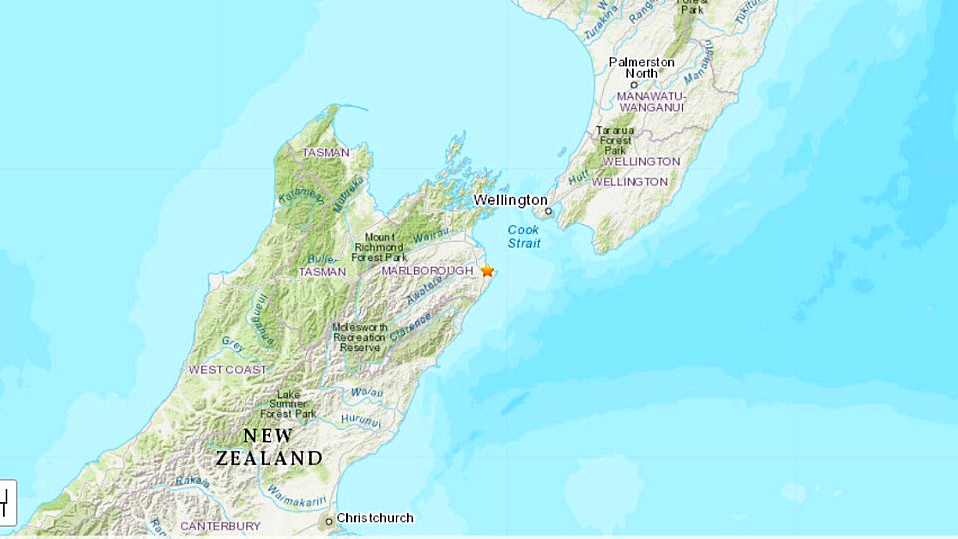 A strong but deep earthquake struck New Zealand's North Island on Tuesday afternoon, causing Parliament to be briefly suspended as a precaution.

There were no immediate reports of major damage or injuries, and authorities said there was no risk of a tsunami.

The magnitude 6.2 quake was centered about 77 kilometers (48 miles) east of the town of New Plymouth. It was at a depth of 227 kilometers (141 miles), according to the U.S. Geological Survey. Deeper quakes are typically less damaging.

Thousands of people across the country felt the quake, many as far away as the South Island.

The quake did not disrupt an event in Auckland attended by the Duke and Duchess of Sussex. Prince Harry and wife Meghan were visiting the head office of the charity Pillars, which is dedicated to supporting the children of prisoners through mentoring schemes and in-home support.

The couple is on the third day of a four-day tour of New Zealand. Those attending the event said they did not feel the quake.

In the capital Wellington, lawmakers left the House debating chamber for about 30 minutes after Anne Tolley, the acting speaker, suspended proceedings and said lawmakers should go to their offices and check on staff.

"It's obviously given people a bit of a shake," he said. "So just make sure people look after each other and remember those basic lessons around safety."

The quake took place near the volcanically active region of Tongariro National Park. Faafoi said he wasn't aware of any increase in volcanic activity as a result of the quake.

New Zealand sits on the Pacific's "Ring of Fire," the arc of seismic faults around the Pacific Ocean where earthquakes and volcanic activity are common.

Eighth earthquake strikes near T&T in under two weeks

Seventh earthquake in one week: 4.1 magnitude quake strikes near T&T