Watch: Andre and Ousha tie the knot at Trincity Mall 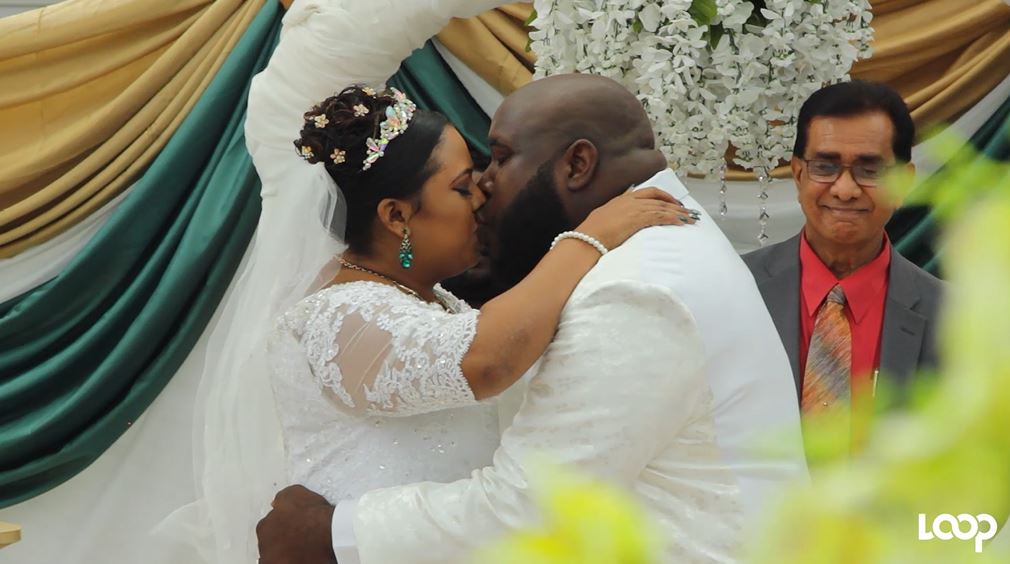 It was an engagement that started and ended in one unlikely place – Trincity Mall.

On Saturday 29 September, Andre Johnson and Ousha Boodhan said ‘I do’ surrounded by family, friends and curious mall patrons as the two exchanged vows in the Micles Atrium at Trincity Mall.

In April of this year, Johnson’s elaborate engagement went viral on social media after he proposed during a staged arrest using real police officers in the mall’s food court.

Marketing Officer for Trincity Mall, Lisa Young Wing, said that the bride-to-be approached the mall in May asking whether it would be possible to have the wedding ceremony at the couples’ favourite shopping centre.

It was a real team effort bringing the event together, with many of the wedding’s elements contributed to by stores right within the mall – including Caribbean Jewellers, where the rings were purchased, Detour and Stefano’s who outfitted the groomsmen and Sacha Cosmetics who did the bride’s makeup.

Weddings by Simone: 3 tips to find wedding vendors in your price range