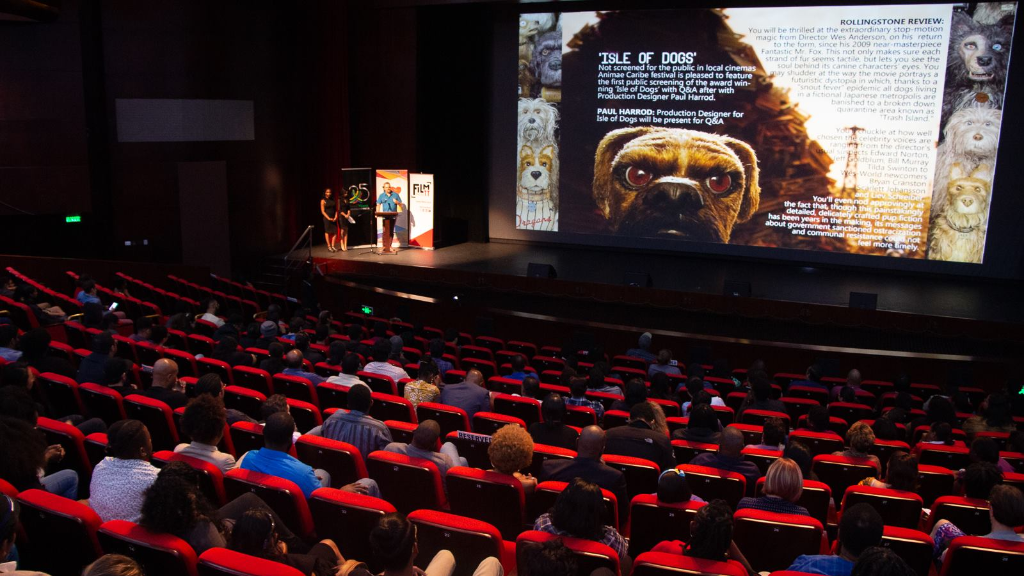 The animation industry in Trinidad and Tobago is growing steadily and the Animae Caribe Animation Festival has played a key role in that.

The Festival--which is celebrating 17 years--opened on Monday with the Trinidad premiere of "Isle of Dogs". Directed by Wes Anderson, the animated feature film grossed US$64.2 million after it was released back in March.

"For young creatives, animation is an untapped career option which is rife with opportunity and consider that the global animation industry is estimated valued at an estimated $244 billion in 2015,” said Trade and Industry Minister Paula Gopee-Scoon at the Festival's opening. She emphasised the government's commitment to developing the local animation industry.

“The government, guided by vision 2030 is committed to developing the entire film industry including the animation industry and helping those in it become globally competitive businesses through training facilitated at UTT in digital media and animation, knowledge, skills, and capabilities are being developed.”

“The success of Full Circle Animation Studio which we’re all proud of highlights the unbridled potential of animation in Trinidad and Tobago with their work for Universal Studios, Disney and HBO. It’s not unnoticed that a substantial portion of revenue comes from foreign clients.”

Camille Selvon Abrahams, the Festival's founder and director and face of the Festival also announced that within the next couple of years, she would be taking a step back to allow a younger generation to have more input in the running of the Festival's production.

"In 2021, we will be celebrating 20 years of Animae Caribe Festival. However, in that year, we will be making a decision about whether to stay or leave. We have a succession plan and if it works we'll be here to stay. We are passing on the baton," she said.

"Technology is moving rapidly, and the younger generation needs to guide us. We will create a five-year plan with the support of ExporTT, CARICOM, and the IDB and work with a team of young people to pass the baton. We are stepping back and we think it's the right thing to do. We want to introduce a junior team who will now be at the forefront of Animae Caribe and all of its future endeavours."

Subjects and workshops within the festival included topics like ‘The Future of Caribbean Education’; ‘The Caribbean Digital Economy’; ‘Crypto Currencies and Its Effects on the Future’ and ‘Youth and Social Activism in the Caribbean’ The intended outcome of this initiative is to allow the young audience to collaborate and suggest policy to create a shift in our approach to the future.