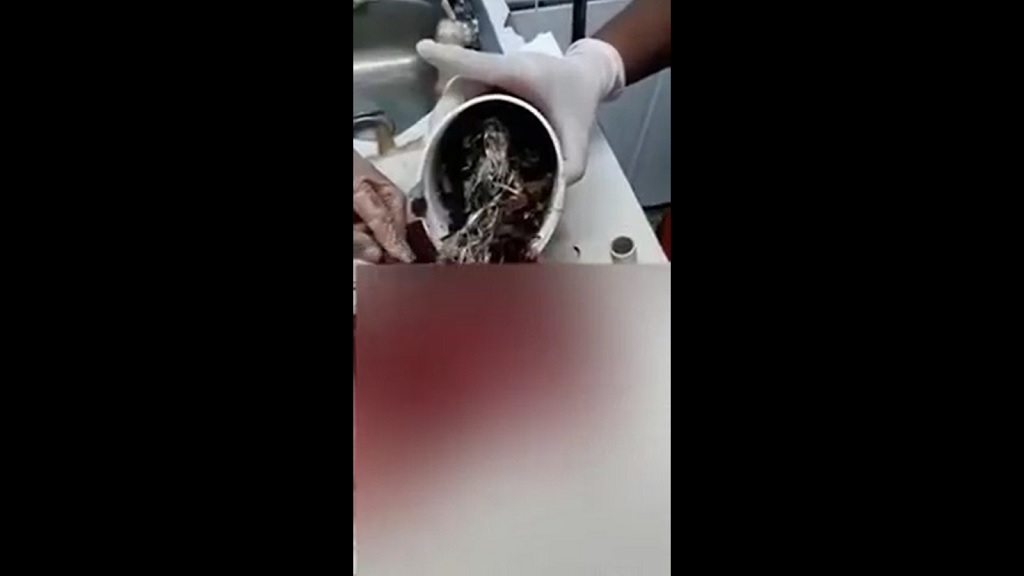 One Arouca pet veterinary clinic is warning pet owners to secure their garbage and other dangerous items away from their pets, after pulling wads of garbage from one dog's stomach during surgery.

The video which was shared to Facebook by Total Pet Care Veterinary Hospital on Tuesday, showed massive amounts of what appeared to be shredded parts of a crocus bag along with other bits of rubbish, which the dog had swallowed.

The clinic acknowledged that the video was graphic but sought to warn owners regarding the gravity of the situation.

"One of our vets did a surgery today that would definitely shock a lot of you guys. It illustrates what is possible if we leave our pets unsupervised."

"In this video you would hear one of our vets say please don't post this! But given the content and the problems we can avoid in the future by the awareness this video will foster. We decided to post it anyway."

"This post is in no way to vilify the owner of this pet but to educate you as to the dangers of leaving "things" that may catch your pet's attention and lead to severe consequences."

The clinic said that thankfully the patient survived the surgery and was being monitored during his aftercare.

"Please secure all garbage material that may entice your pet to indulge," the clinic said.

The video has been blurred due to its graphic nature; viewer's discretion is advised.