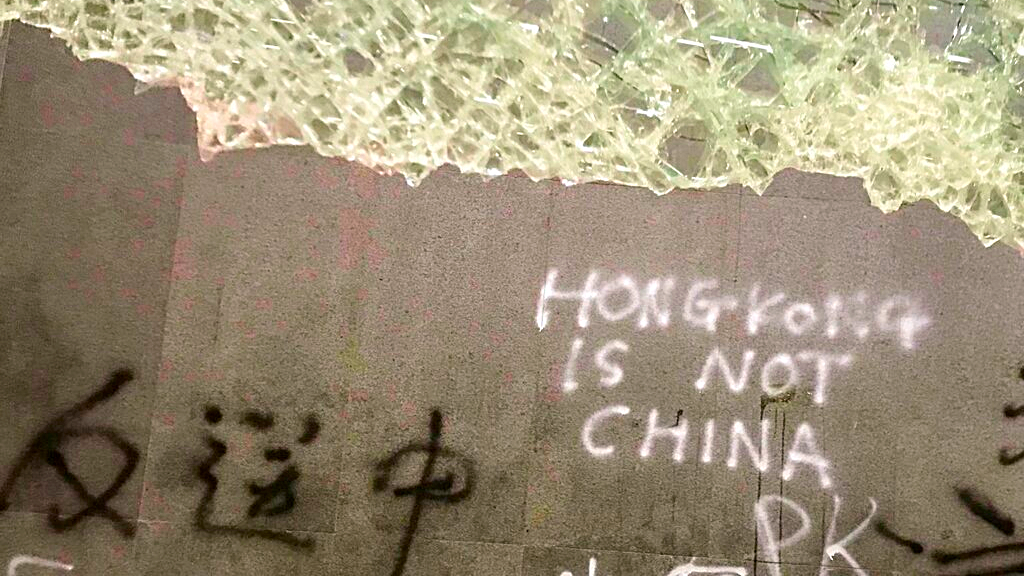 A Hong Kong pro-democracy lawmaker expressed fears Thursday that the situation could worsen after police announced the arrests of more than a dozen people following protests earlier this week.

(Video: 12 people in Hong Kong were arrested in connection to a protest on Monday morning, over what police said was a “violent incident” in the vicinity of the Legislative Council Complex in Admiralty. The suspects – 11 men and one woman – ranged from 14 to 36 years of age, and were arrested for charges including unlawful assembly, assaulting a police officer, obstructing a police officer, possession of offensive weapons, contravening the Air Navigation (Hong Kong) Order 1995 and failing to carry identity documents.)

Legislative Council member Claudia Mo called on people to understand the frustration and anger of the mostly youthful protesters, even if they have technically broken the law.

"I am terribly worried that a massive kind of round-up of protesters could trigger very negative sentiment on the part of the young," she told reporters. "Things could get worse."

Police have announced the arrest of 12 people who tried to disrupt a ceremony Monday marking the anniversary of Hong Kong's return from Britain to China in 1997. Another person was arrested for his alleged involvement in the storming of the legislature building that night.

In Beijing, foreign ministry spokesman Geng Shuang renewed criticism of British Foreign Secretary Jeremy Hunt over his remarks calling into question the Hong Kong government's handling of the protests, including the use of tear gas and rubber bullets against demonstrator on June 12.

"As you mentioned earlier, some people in the U.K. are making irresponsible remarks on the Hong Kong issue. What I want to say is that previously, Mr. Hunt has been making false remarks on the issue of Hong Kong," Geng told reporters at a daily briefing.

Britain insists that a 1984 agreement between London and Beijing ensuring Hong Kong would maintain its separate political, economic and social institutions until 2047 remains a binding document. Chinese officials in recent years have suggested they no longer consider themselves held to the pact, although they have been reluctant to completely undermine those institutions that have made Hong Kong a magnet for global business with thousands of foreign companies and residents.

The city's legislature will not be able to meet for three months because of the extensive damage by the protesters, pro-democracy lawmaker Helena Wong said.

She said the fire prevention and electronic voting systems need to be repaired and restored. She also said that computer hard discs had been taken from the security control room, with the names, photos and titles of those who had building access.

A man surnamed Poon has been charged with assaulting police, criminal destruction, misconduct in public places and forced entry of the Legislative Council complex, police said Thursday. More arrests seem likely, given the extent of the damage.

Eleven men and a woman were arrested over the Monday morning protest. They face various charges including possession of offensive weapons, unlawful assembly, assaulting a police officer, obstructing a police officer and failing to carry an identity document. The brief statement did not provide further details.

Pro-democracy protesters rushed police barricades around the time of a morning flag-raising ceremony marking the 22nd anniversary of the handover to China. Police used shields, batons and pepper spray to drive them back.

That afternoon, while hundreds of thousands of people were participating in a peaceful march marking the anniversary, a few hundred protesters began trying to break into the locked legislative building by smashing thick glass walls and prying open metal security curtains.

They poured into the building that night. In shocking scenes Monday and early Tuesday, the protesters vented their anger at a government that hasn't responded to their demands. They spray-painted slogans on the walls, stood on the desks in the legislature's main chamber and climbed high to cover the city's official emblem with black spray paint.

Hong Kong's government and its backers in Beijing may cite the invasion of the legislature as a reason to further restrict rights to assembly and demonstration in the territory, said Phil Chan, senior fellow at the think tank Institute for Security and Development Policy.

While Hong Kong Chief Executive Carrie Lam may eventually yield to demands that she resign, that will do little to remove the underlying frustrations that sparked the violence, Chan said.

"Young people in Hong Kong, faced with rising social inequalities, lack of housing ... and growing integration between China and Hong Kong, are becoming increasingly hopeless, and are feeling that they increasingly have little to lose," Chan said.

"The mindless violence they resorted to on 1 July signified that they no longer cared what might happen to them, and this is dangerous for Hong Kong society."