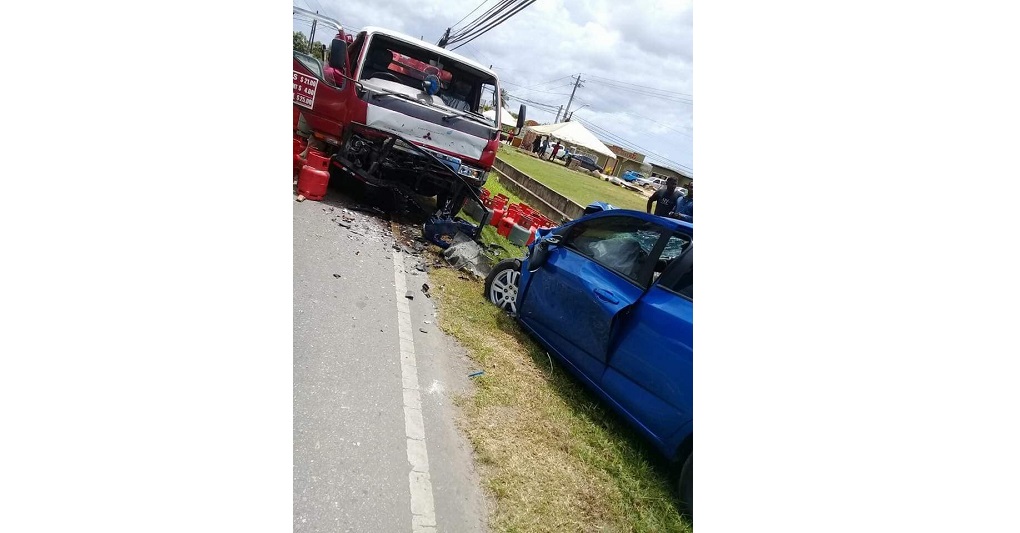 One day after a 21-year-old Nadir Salick died while allegedly trying to swerve away from a pothole on a Barrackpore road, a work crew was seen repairing the pothole.

Facebook user Naveen Ramlal shared a video to Facebook showing a work crew hard at work repairing the pothole on Friday, some days after Salick died after colliding with an NP gas truck while driving along Rochard Douglas Road in Barrackpore.

Naveen said that it was sad that the repairs were done after Salick died from the tragic accident.

"So workers against smooth asphalt waited for someone to DIE before repairing what they fcuk up...Feel free to.share it around! Make out time for them! Is not to bash these workers but the ones who calling the shots!"

Although citizens agreed that no one knows at what speed Salick may have been driving, they agreed that the pothole should have been repaired sooner.

Danny Goolcharan: "A life has to lost. Then to patch the road. That is shameful."

Vijai Ramoutar: "Can't blame them. They're working with instructions from their superiors. Wonder whose hands that blood is on?"

Salick, who had been on his way to visit his sick father, reportedly attempted to avoid a pothole near #3 Junction when he lost control of the vehicle and collided with an oncoming gas truck.