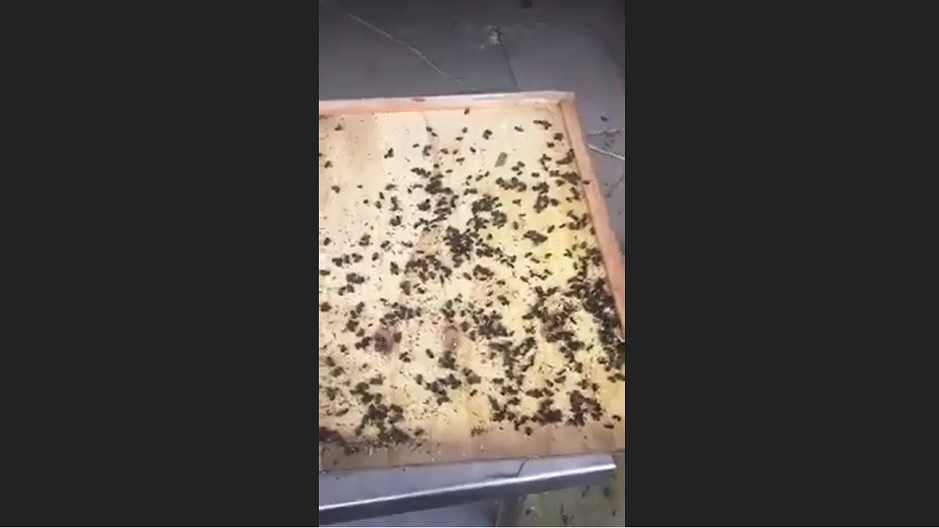 One beekeeper shared a video to social media questioning the quality of local honey after he says his bees were killed.

The beekeeper, who was not identified, said he recently relocated a new hive and fed them some local honey to help the bees begin settling into their new home.

However, the beekeeper said when he visited the hive the next day, he saw they were all dead.

Agricultural economist Omardath Maharaj said however that the claims must be investigated before assuming that the local honey market is tainted.

"Firstly, we have to be careful in accepting all allegations and content flouted on social media. We must be mindful that the person making the allegations in the video and identifying the possibly tainted honey and apiary number did not simultaneously identify himself, his location, and if he is the owner of a registered apiary."

"These are deep and damaging claims that compromises our food system, food and nutrition security; making it a national security issue. It is "food fraud" and should be reported using the usual acceptable channels and not necessarily circulated on social media," Maharaj said.

Maharaj said there is as yet no overarching policy framework for sustainable agriculture and rural development and therefore policies for consumer protection is limited.

"One is very constrained to identify public policy and institutions that protect the interest of consumers. Again, we do not have an overarching policy framework for sustainable agriculture and rural development in this country. Grades, standards, and different levels of inspection, random quality testing etc have eluded us for many years," he said.

Maharaj added that there are other variables which should be considered before assuming the honey was substandard.

"One can reasonably suggest repeated trials, using the same bottle of honey on another hive, if we can risk their death, to see the impact but how can we determine if the seller/apiary tainted this particular bottle etc? Or it happened after the sale? Other contaminants, poisonous substances sprayed or left unattended in the area where the colony of bees migrated from and coincidence are also possibilities," he said.

Maharaj said given that the importation of honey is illegal, this can result in issues of food fraud.

"Fight for market share among beekeepers and honey sellers in different regions considering, at least on paper, it is illegal to import honey into the country. At the prevailing market prices, it is a lucrative industry. Of course, this is the driving force behind food fraud as I just explained."

"But this situation and many others goes back to what I have been saying over the years. We do not know where our food comes from, how it is produced, neither do we respect the circumstances of the men and women who work to feed our country."

"The relevant Ministries and agencies have failed to support some of our public awareness, education, and engagement activities over the years such as the National Fruit Festival, Eat Local Day, tours to agricultural estates etc which by design attempt to break these barriers and build confidence in our local food system," Maharaj said.

Agriculture Minister Clarence Rambharat said the video was an attempt to discredit a well-known apiarist and said the Ministry would be issuing a statement on Monday.

Tributes pour in after sudden death of national hockey player