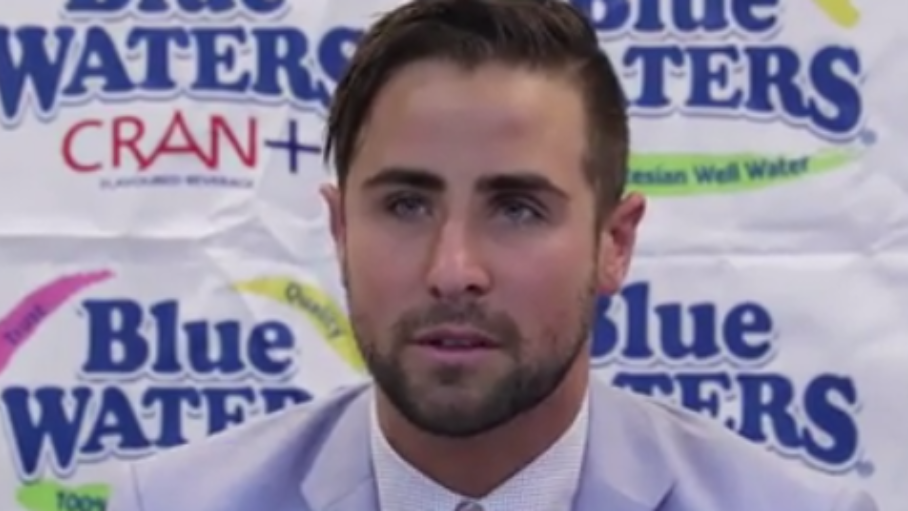 "This is a unique day for me because it’s the most important sponsor that I’ve come on board with. As an athlete consistently drinking water all day long, having the right amount of water is very important," Lewis said during the announcement.

"I look forward to not only taking their water along with me as I compete and get ready for the Tokyo Olympics but also taking it into the communities where we teach sailing, do motivational speaking, etc."

He spoke a little on the irony of being an ambassador for a  water brand while being a water sports athlete. He said that the country could really maximize from sports tourism, especially for aquatics, as athletes from countries from as far as Norway, Finland, and Sweden can can't train throughout the year because of the cold weather.

"The partnership has really allowed me to align and continue to show people that Trinidad and Tobago, in my opinion, is still one of the best places for water sports in the entire world. We have warm weather year-round. We have fantastic [sites for] diving in Tobago, kiteboarding in Trinidad, surfing in Trinidad and Tobago, and of course, sailing."

The partnership is initially expected to last for three years.