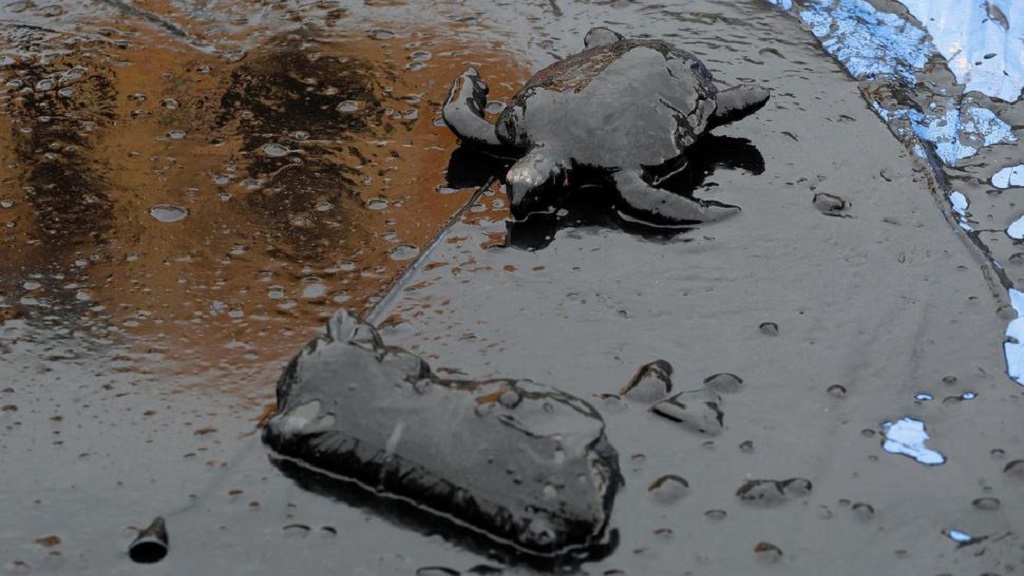 Brazil's Navy said Tuesday it is preparing for the possibility that an oil spill reaches one of the country's largest coral reef systems, amid public outcry regarding the government's early response to the spill.

Admiral Leonardo Puntel said three ships are already onsite at the reef with another two on the way, and that a helicopter will be conducting flyovers.

They will work to spot any heavy crude and, if detected, deploy divers to retrieve the masses of dense crude before they can contaminate the protected area.

The Abrolhos Marine National Park, off the coast of Bahia state, is home to rare coral formations and is a popular scuba dive site. The mysterious spill started showing up on Brazil's northeastern coastline on September 2 and has now contaminated 254 beaches, mangroves and estuaries in nine states.

Tuesday's press conference came as prosecutors, environmental experts and some politicians increased criticism of the government's response to the environmental catastrophe, claiming it was initially too slow and insufficient. Footage on local television in recent weeks has shown hordes of volunteers removing oil along the 1,300 miles of affected coastline, often without government oversight or equipment

Carlos Nobre, one of Brazil's most prominent scientists, said in an interview with the Associated Press that the government this year eliminated several committees and public bodies that collaborate with ministries to develop public policy. The committee that had drafted a national contingency plan for oil spills was among those cut, an error made evident in the wake of the spill, he said.

"When the first of this oil reaches the beaches of northeast Brazil in early September, there is no committee: these people which were organized and could immediately have taken action at federal level, state level, private-sector level." Nobre said. "No organization. It was a total mess."

The crude moves beneath the ocean's surface, only becoming visible as it nears the coast, which makes it extremely difficult to track by satellite, plane or helicopter, Puntel said. He told reporters the Navy can't predict where it will hit next or how long it will continue to pollute Brazilian beaches.

In the last few days, the amount of oil reaching the coast has been diminishing, he added, without ruling out that it could pick up as currents change.

Brazil's state-run oil company has determined the oil is Venezuelan, but Venezuela's government denies it is the origin. Brazilian authorities continue to investigate the cause of the spill.

Nobre said he hopes the disaster serves as a "big lesson" to the administration of Jair Bolsonaro, as disasters can happen any time and in many areas.

Brazil bans most burning for 60 days to curb Amazon fires