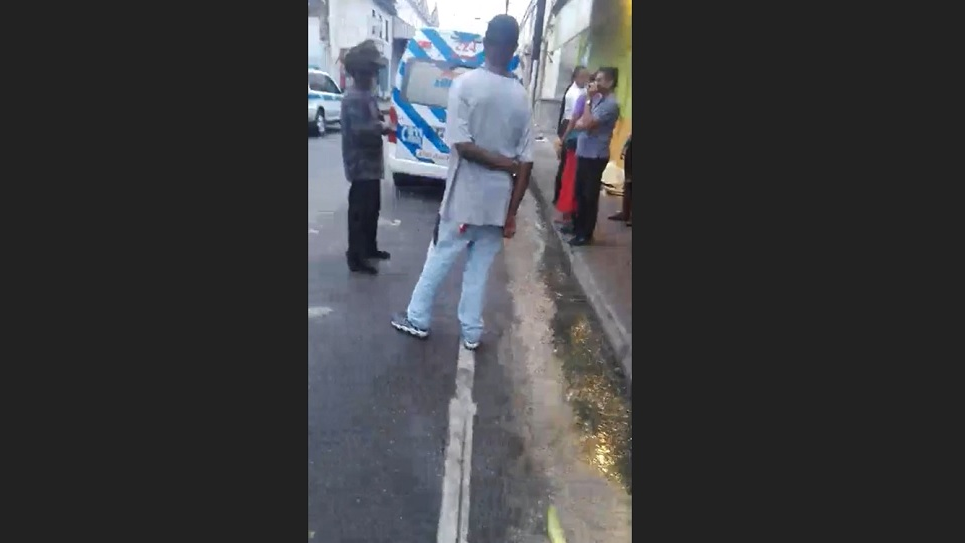 One bystander watched on in shock as a woman who had been suffering from an asthma attack died after collision a few streets away from the hospital.

Devon Welch shared a video to Facebook on Sunday showing the incident, which occurred just a few streets away from the Port of Spain General Hospital on George Street.

Welch, whose live video was shared around 6:00 pm on Sunday, showed the ambulance and police vehicles near to the dead woman.

Welch said the woman had suffered an asthma attack. He claimed that the ambulance took approximately 45 minutes to arrive and that police officers would not take her to the hospital.

"The police arrived in minutes but when we asked them to carry the woman to the hospital they said they can't."

“The daughter tried to get the mother to the hospital, and she died. What a tragic way to die on a Sunday evening.

“It had a nurse that was on the scene and when the nurse tried to see what she could do, the police didn’t want to take her to the hospital.

“I don’t want to make it look too bad, but I watched the whole scene.

“Apparently she was getting an asthma attack and they tried to get her to the hospital…I won’t lie, some people real insensitive. After the woman get in the accident, the blue car asking the red car, after her mother now died, how she will fix (his) car, and he wants money for his car. Madness,” Welch said.

However, EMS provider GMRTT has refuted these claims, stating that the ambulance arrived within 11 minutes after a distress call was received.

LoopTT has reached out to Health Minister Terrence Deyalsingh and the Trinidad and Tobago Police Service (TTPS) for comment.