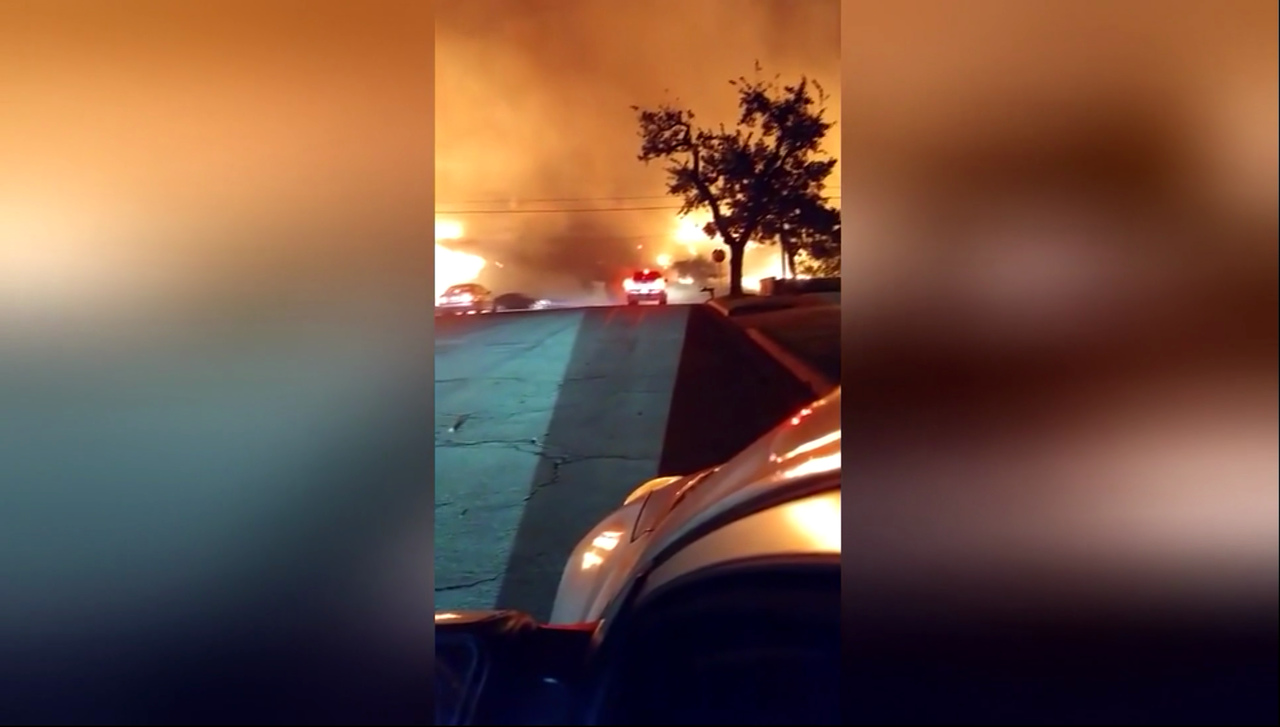 In the video, filmed on December 6, the person filming can be heard saying: "Holy s**t, I can feel the heat. The fire jumped the road ... just got another house, man."


"I'm getting the f**k out of here," he adds as a fire engine speeds past and the camera shows a hillside on fire.

"There's a house right there," he says.

He later wrote online: "(In the video the fire is jumping the road, starting houses on fire in the city below the foothills. Hot and smoky, hard to breathe."

The man filming says he spent six hours "on the fire line" on Foothill Road (in Ventura, California).

He writes: "I went to help friends who live in the foothills of Ventura. I couldn't find them but they are fine. They did lose their home to the fire.

"Also helped other people get their RV (recreational vehicle) out from their backyard, unsure if their house is still standing."