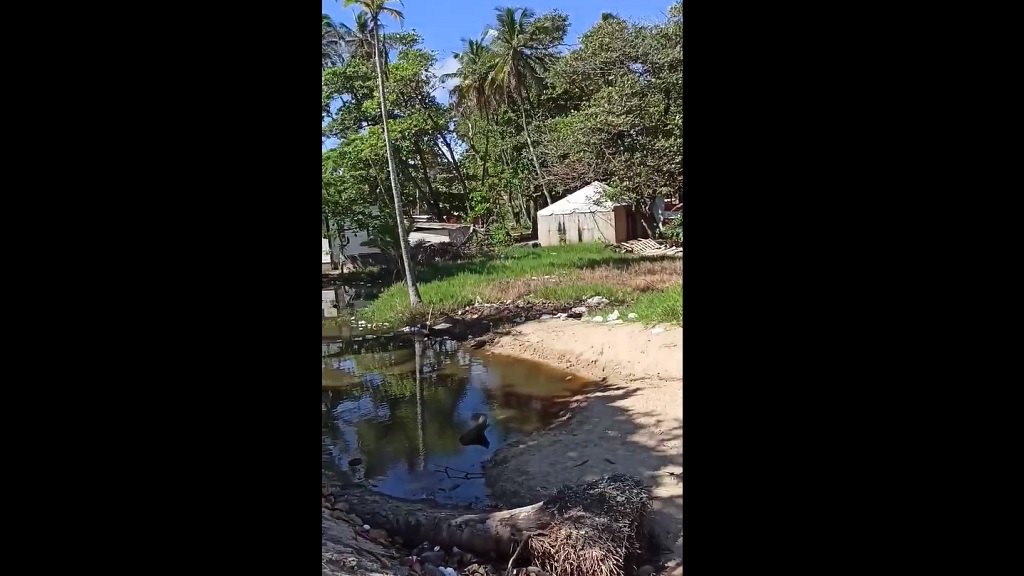 Video footage showing camping tents and wooden structures on Salybia Beach, some of which appeared to be outfitted with an electricity supply, has gone viral online as many have called for a solution to the issue.

Valencia East/Toco councillor Terry Rondon told Loop News that he has been calling for a solution to this matter, which has been ongoing for over 20 years.

Video footage showed the structures, some of which appeared to have electricity lines. The person also showed the proximity of the structures to the shoreline. The video did not show whether there were any waste disposal systems or outlets.

Rondon said that the land is privately owned and other than keeping the area clean, there is nothing they can do as camping area is on private land.

He said the State needs to purchase the land so that it can be properly regulated.

"My view on this is the same, we have been asking the government to purchase the land from (the private owner) so that we can regularise that area and put a proper infrastructure, for example, charge an entrance fee so we can maintain the place.

"Right now we cannot offer anyone a comfortable bathing area because the area has gone wild. Some people coming in from the outside do the worst harm to our beach."

"We are doing our part but we cannot do it the way we want to do. It’s 24 years this has been going on."

Rondon said that he and the Regional Corporation have ensured that the area is cleaned regularly, but said after campers leave, the area is often dirty.

"Governments come and governments go but it’s the same stumbling block. People will go up there and blame Terry Rondon and the Regional Corporation, but if we were in charge we would put up proper infrastructure and charge a fee to make sure it’s maintained properly."

He said villagers make sure that campers who visit over the Carnival period are safe, but campers do not extend the courtesy by keeping the area clean.

"They’re protected by the villagers, they have clean water and security, but come Ash Wednesday all the makeshift toilets and rubbish they leave it right there."

He added that they are not allowed to tear the structures down.

“There’s nothing that we can do...if we touch it (the structures), those people, they only waiting for us to break it down to make a claim because they know it doesn’t belong to the Corporation.

"There's nothing we can do until that land is purchased…then we can see some sanity come to Toco Beach."

"Every time I talk it's to ask the government to intervene, to save Salybia Beach and Toco Beach," he said.