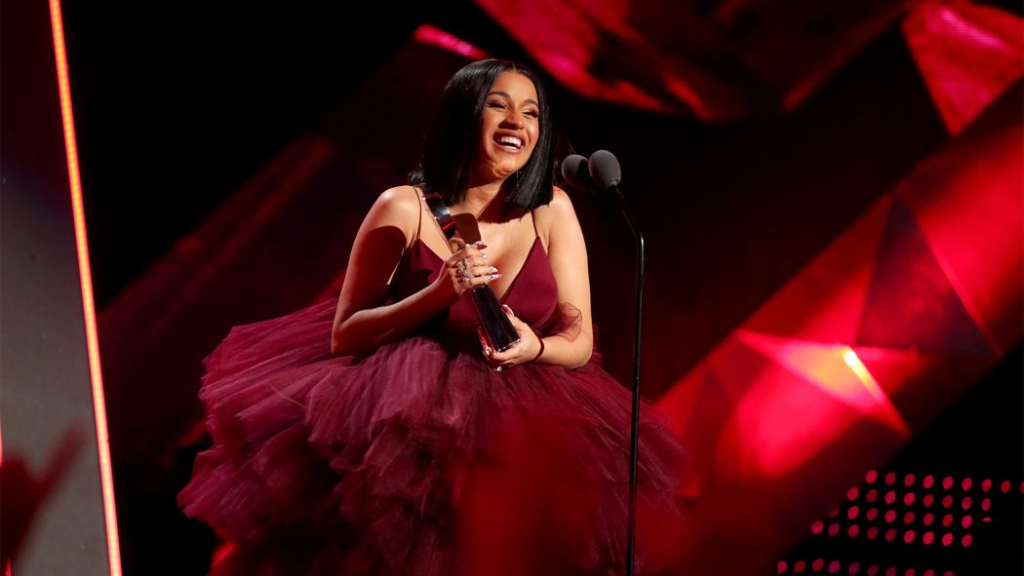 Cardi B stole the show at the iHeart Music Awards on Sunday, from her rousing opening performance to her wine-coloured Christian Siriano tulle dress to winning Best New Artist.

She opened the show with a medley performance with tracks including Bruno Mars' "Finesse (Remix)" and "No Limit" with G-Eazy) as well her own Hot 100 hits, "Bartier Cardi," "Motorsport" and "Bodak Yellow."

Later on, she was awarded Best New Artist and Best New Hip-Hop Artist and took the time thank her family, friends, fans...and haters.

She also happened to mention that her long-awaited debut album will be dropping in April. While she didn't give an exact date, it was enough to send the crowd into a frenzy.

She's also expected to be a special guest on the final leg of Bruno Mars' 24K Magic World Tour.

Jay-Z and Beyonce to tour this summer and fall