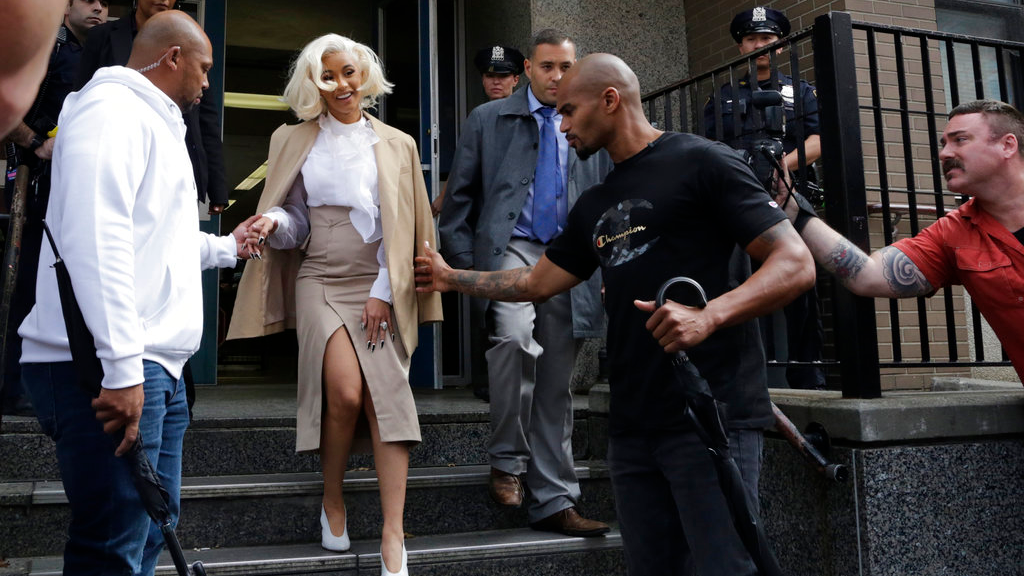 Cardi B was given a summons on Monday for misdemeanor reckless endangerment and assault in connection with a melee at a New York strip club.

The platinum rapper was charged with assault and reckless endangerment after agreeing to meet with investigators at a Queens police station. Afterward, she left with a smile on her face but declined comment.

"We are aware of no evidence that she caused anybody any harm from that night," her lawyer, Jeff Kern, told reporters. "We expect the matter to be resolved expeditiously."

Police say Cardi B and her entourage were at the club at around 3 a.m. Saturday when she got in an argument with a 23-year-old woman who was bartending. They say a fight broke out during which chairs, bottles, and hookah waters pipes were thrown, slightly injuring the bartender and another employee.

Police say the rapper and about nine other people in her party fled, but she later agreed to turn herself in after being identified by the bartender. Investigators were exploring whether the fracas involved a romantic dispute.

Most common surnames in the Caribbean