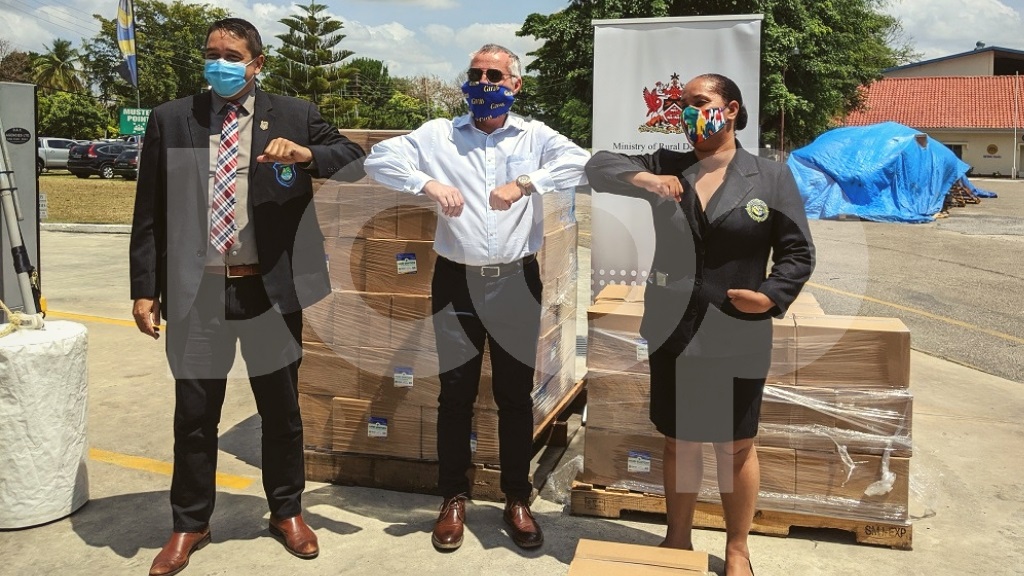 Carib Brewery Trinidad and Tobago Limited has donated 100 cases containing 2,400 bottles of sanitiser to the local municipal corporations to help in the fight against the novel coronavirus (COVID-19).

The company made the announcement at a media briefing at its Champs Fleurs headquarters on Tuesday.

Staff worked by hand to fill bottles with the hand sanitising liquid, which was made by the company and meets World Health Organisation (WHO) regulations.

Peter Hall, Director CDC at Carib Brewery Trinidad and Tobago Limited, told Loop News the company was able to utilise alcohol which would have been used for other products such as Smirnoff Ice, to make the hand sanitizer.

The company donated 100 cases (2,400 bottles) to municipal corporations and said they will be producing 100,000 bottles in total. However he was unable to say whether the company would be able to continue in future due to the manually intensive process of filling the bottles.

Chairman of the Diego Martin Regional, Symon De Nobriga, said the hand sanitisers be used for the corporation's health workers as well as the sanitation teams.

With regard to face masks for sanitation workers, De Nobriga said the matter was discussed with Minister of Rural Development and Local Government, Kazim Hosein.

"That is one of the things we discussed. All our other teams that are out are utilising the requisite PPE.  Masks will be provided to those health teams who have to be out as well as hand sanitiser and whatever else they require in the course of their duties."