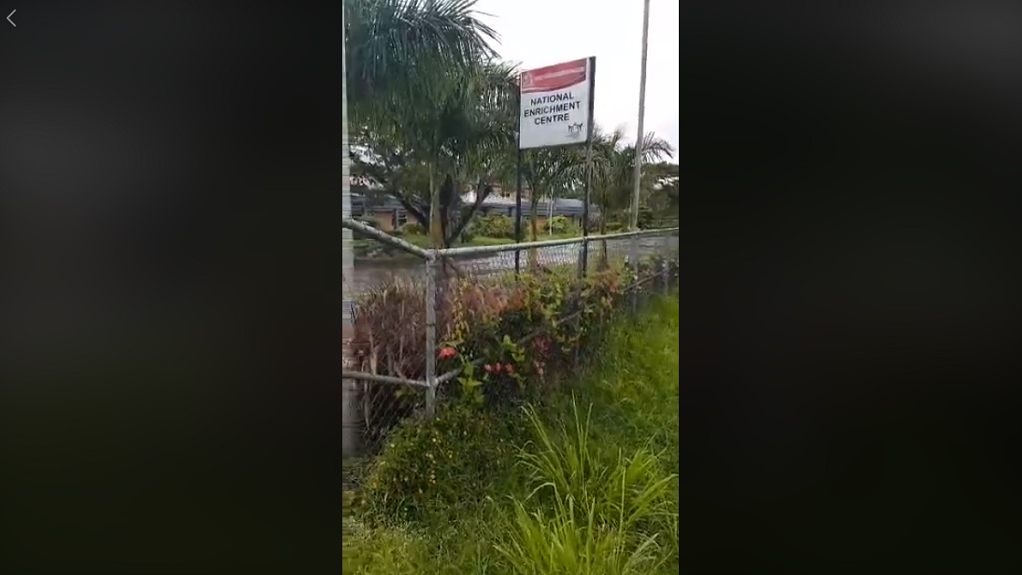 The Cerebral Palsy Society of Trinidad and Tobago said since their demonstration on Friday, as of Monday morning they have not yet had an update on the opening of the new National Enrichment Centre for Persons with Disabilities.

The group spoke out to media on Friday, asking why the Centre has not been opened after being kept waiting for the last three years.

President of the Society, Phillip Metivier, said the Centre is badly needed by parents of children suffering with cerebral palsy.

"They playing politics with disabled people. Three years ago they said the Centre would be finished. Now they keep stalling, saying there were infrastructural problems."

"Cerebral palsy is a lilttle-known condition in Trinidad and Tobago, and they have us at the bottom of the barrel, as in they're not doing much for us. There are single mothers with children with cerebral palsy and they are struggling; they cannot work because there is no one else to look after the child. They need constant attention as sometimes they have seizures etc.,"  Metivier said.

He added that some parents also no longer receive food grants and some mothers who applied for stipends were even denied funding.

"They said there was corruption with the stipends, ok, but they agreed to call in the moms and interview them etc to ensure that their needs were genuine. But up to now, nothing has been done," he said.

Phillip, who also has a 24-year-old son suffering with cerebral palsy, is asking the Ministry of Social Development and Family Services to explain the criteria by which applicants are judged, because he said persons who are in genuine need are being turned away.

"They are not talking to the parents of the people suffering with cerebral palsy. Many people in my group, have had their grants cut, including the food grant and the caregiver grants. There are other grants that the Ministry tell you to apply for but when you do, they say you don't qualify. It is a sad thing," he said.

Metivier, who was forced to retire in order to properly care for his son, said his food grant was also cut.

He also referred to 13-year-old Jahdiel Duncan who recently passed his SEA examinations, and Shamla Maharaj who acquired her Master's degree in 2014, both of whom suffer with cerebral palsy, saying this is proof that with the right support, cerebral palsy patients can be active members of society.

"We really need early intervention and support. Cerebral palsy patients can contribute to society if they are given a chance, instead of being locked up in a room all the time. They deserve to be treated like human beings."

"Opening the National Enrichment Centre would help parents to improve the quality of life for them. We don't have a place for our children to get support, right now we keep our meetings in a school," he said.

Metivier also supports a single mother and her child who suffers with cerebral palsy after the father of the child abandoned them.

The National Enrichment Centre would be the first 24-hour Centre dedicated to supporting persons who suffer with cerebral palsy. The project was initiated under the People's Partnership government and was designed to provide a variety of therapeutic services to persons with disabilities including speech, occupational, physical, and aqua therapies.

In 2015, there were approximately 52,244 persons living with a disability in Trinidad and Tobago.

Loop News has reached to the Ministry of Social Development and Family Services for comment.

What is cerebral palsy?

Cerebral palsy is a term used to describe a set of neurological conditions that affect movement. It is the most common form of childhood disability.

The condition makes it hard to move certain parts of the body. There are many degrees of severity.

Because of damage to certain parts of the brain, voluntary or involuntary movements or both can be affected.

Cerebral palsy is not contagious, it does not necessarily affect intelligence or cognitive ability, and it is not progressive, so it does not get worse with age. Some people find that symptoms improve over time.

People with cerebral palsy tend to have a normal lifespan, and in many cases, a good quality of life can be expected.

The condition is linked to damage done to the brain during labour or delivery, possibly during the first six months of pregnancy.

When damage occurs, it will do so soon after the birth. With age, the human brain becomes more resilient and able to withstand more damage.

Ministry refutes claims of no support for children with cerebral palsy