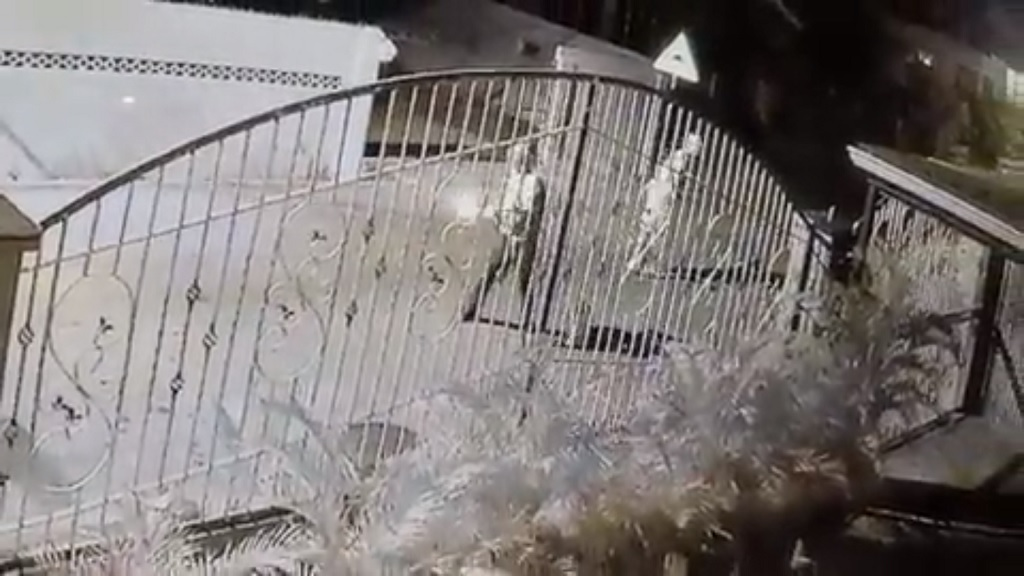 Photo: Video footage shared on social media on October 4 showed another attack against a prison officer; this time attackers threw 'channa bombs' (Molotov cocktails) at his home in Tacarigua. On October 2, 2018, Prison Superintendent Wayne Jackson was brutally murdered outside his Malabar, Arima home.

The onslaught of attacks against prison officers continues after a viral video showed attackers throwing 'channa bombs' (Molotov cocktails) at the home of a prison officer in Tacarigua.

The attack allegedly occurred in the early hours of Friday morning.

The attack comes just days after the brutal murder of Prison Superintendent Wayne Jackson, who was murdered outside his Malabar, Arima home on October 2, 2018.

President of the Prison Officer's Association, Ceron Richards, confirmed the incident but said investigations are still continuing, and could not confirm whether anyone had been injured in the attack up to midday Friday.

Richards said to LoopTT the attacks have affected prison officers' lives to the extent where some of them have not shown up for work, out of fear for their lives.

"Yet again, this is another act which shows that the safety of prison officers is under attack. The Prison Officers' Association will accept nothing less than an aggressive response to this scourge."

"Psychologically this is having a serious impact on them. A number of officers have stayed away from work and I can only imagine the situation getting worse. In fact we anticipate that the situation could get much worse if this continues. The Prison Service is being targetted  and the responses have to measure up to what is happening."

He said authorities would put extra measures in place, and said that the Association is monitoring the developments.

"We will have our update on the matter very soon," he said.

The Prison Service said the incident was reported to the Arouca Police Station.

Commissioner of Prisons (Ag), Mr. Dane Clarke said the incident is not connected to the recent murder of Superintendent Jackson.

"I am aware of the incident which is, at present, being urgently treated with by the Police. It is an active investigation and as such, I cannot divulge any information. I do however wish to affirm that it is in no way related to the murder of Superintendent of Prisons, Mr. Wayne Jackson".

The Trinidad and Tobago Prison Service said it continues in its efforts to implement new, as well as, enhance existing measures which speak to public safety and national security.