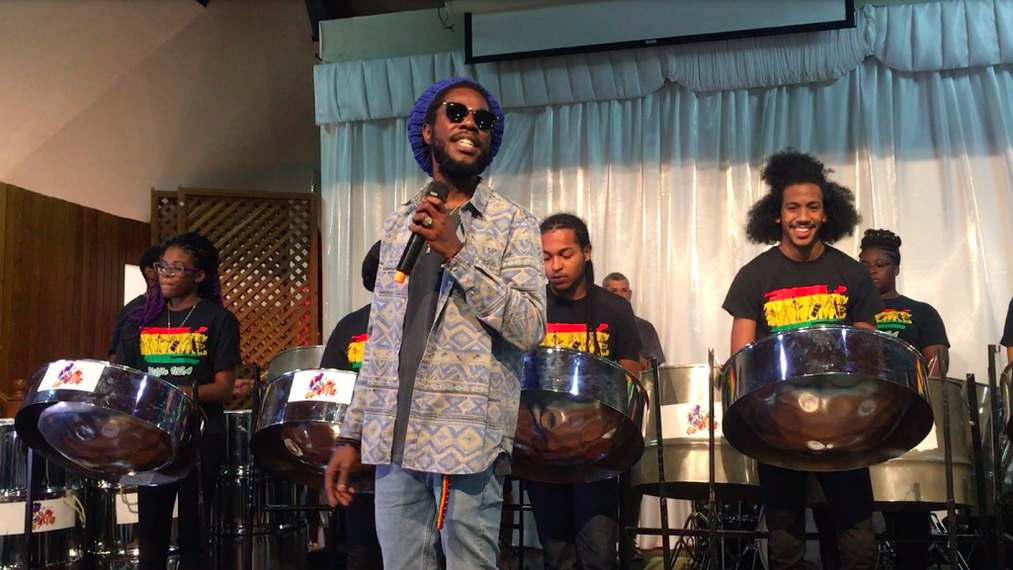 The event, aptly titled "Chronixx in the City", saw throngs of students representing schools such as St. Joseph's Convent, San Fernando, Naparima College and Presentation College, among others. 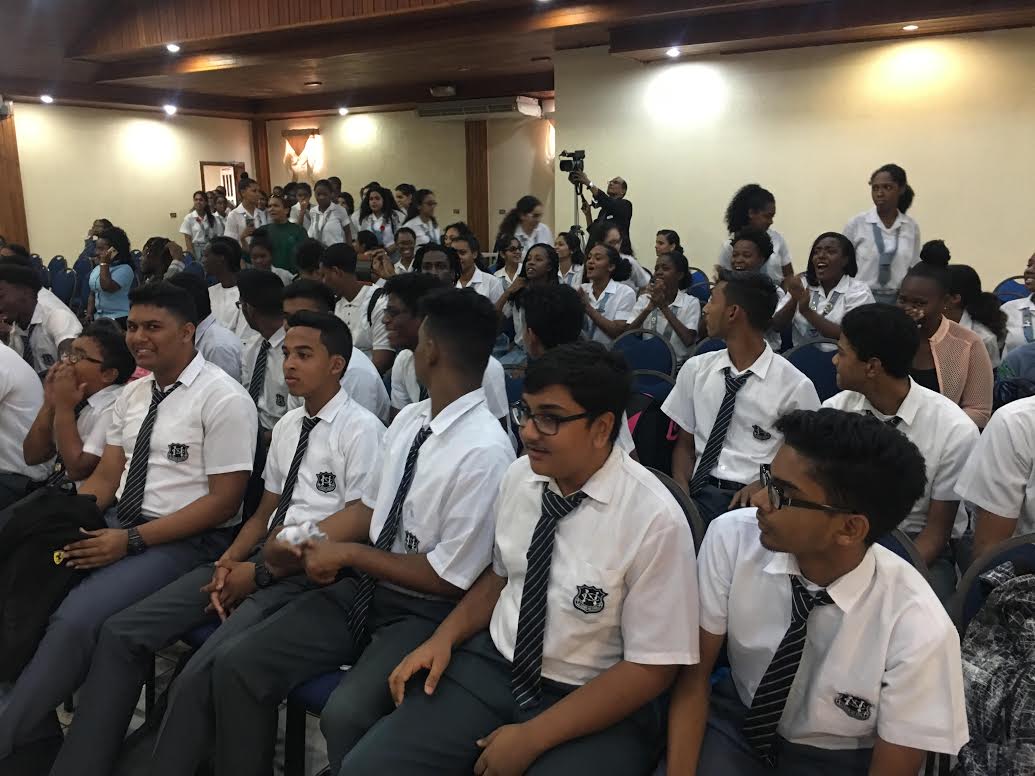 The morning's series of events began with a fitting serenade by young members of the Skiffle Bunch Steel Orchestra at City Hall who played Chronixx's massive international hit "Skankin' Sweet" on the steelpan.

The heartwarming experience was especially appreciated by 25-year-old Chronixx, who has been an advocate for guiding and supporting Caribbean youth talent in music and the creative arts. There was also an energetic Extempo Session among students led by Junior Extempo King and grandson of calypso icon Black Stalin, Kevan Calliste. During this singing exchange, various students participated in displaying their freestyle skills to much applause and cheers from their peers.

Chronixx ended the School's Tour festivities at City Hall by singing a few lines of "Skankin' Sweet", backed by the bass steelpan player by his request.

He then followed up with a second appearance with excited students and fans at Village Plaza in Pleasantville.

One Heart Caribbean Event Director, Chinua Alleyne, explained the importance of his organisation's partnership with the Office of the Mayor to host the School's Tour.

"It's important for us to use this One Heart platform as a means to not only recognise the wealth of talent in South Trinidad but to also elevate and explore the limitless possibilities of the creative arts that we see throughout Trinidad and Tobago. We're happy that the Mayor (Alderman Junia Regrello) and the City joined us in our efforts to inspire the youth, and we want our message to be clear to the next generation of leaders in the Creative Sector: come together, set goals, work hard and dream big."

As an ongoing commitment, Alleyne confirmed that the School's Tour will be a staple feature of One Heart Caribbean in years to come.

Chronixx is scheduled to perform at the One Heart Caribbean Festival on Friday, November 24 at Skinner Park, San Fernando. Gates open at 9:00pm. For tickets and more information on the Festival, please visit www.oneheartcaribbean.com.