WATCH: Clever Carnival badges give permission to wine (or not) 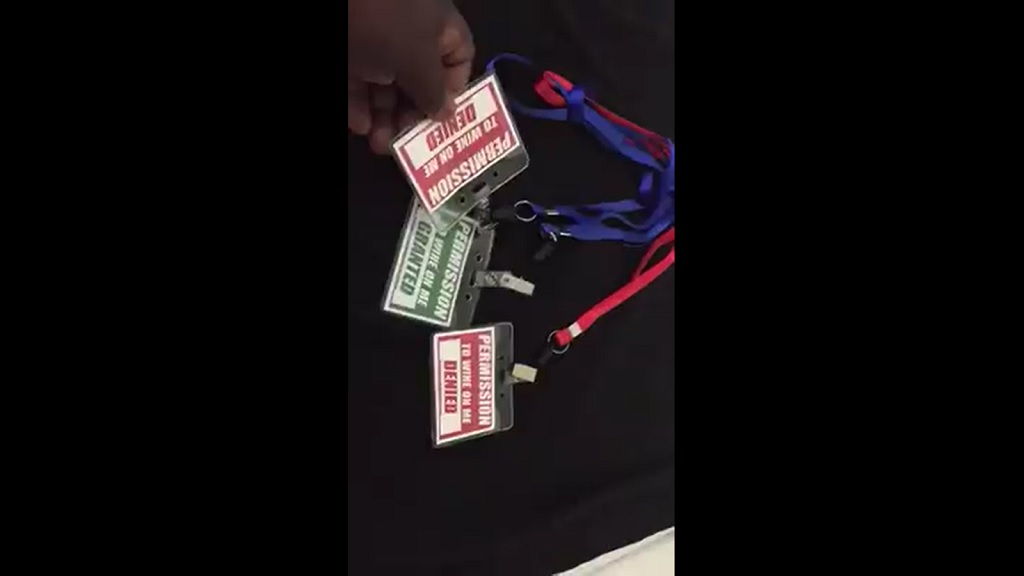 No longer will Carnival winers be confused as to whether they have permission to wine, thanks to one clever entrepreneur.

Deron Charles, of Rio Claro, is cashing in on the debate with fun badges which either say 'permission granted' or 'permission denied', which revellers can attach to their clothing.

Charles said to LoopTT that so far all of his badges have sold out due to the high demand, and he is presently in the process of printing more of them.

"At first we were doing t-shirts, then I was talking to my brother and we both ended up coming with the idea to do the badge, so we organised and we did it."

"So far it's going good, we got lots of views on Facebook, and it spread like wildfire on Whatsapp," he said.

The video has since received over 60,000 views online.

Charles himself said he understands why some women might feel uncomfortable if they don't want anyone wining on them.

"It has good and bad, some women really don't like men to come up and wine on them, and there are men that do that, they see them in a party and they decide to just wine on you because you there, you know."

"It have men who are really disrespectful sometimes. But other than that, the way Carnival is, there are a lot of girls who want men to wine on them, they might be at a loss because they might not be brave enough to tell someone they want to wine and they might be waiting for the man to come wine with them, you know," he said.

Charles added that he will be visiting all of the major fetes this season, so look out for him if you want your own 'Permission to Wine' pass.

Bands invited to register to cross Socadrome stage for Carnival

Not on Carnival? 10 travel alternatives to the road for under $US650