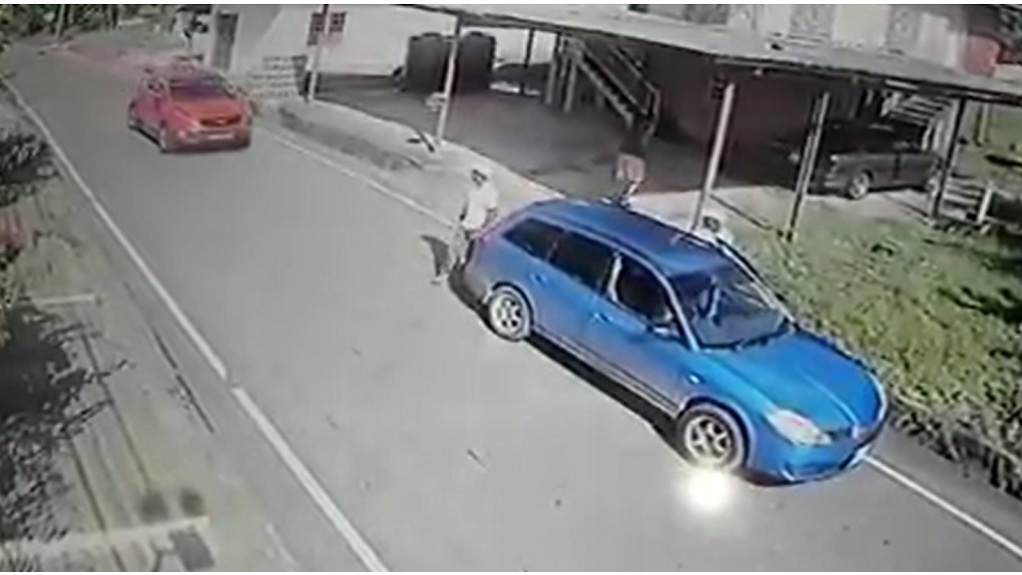 Citizens expressed shock after a close call involving men who appeared to be doubles vendors was shared online.

The video, which was shared online over the weekend, showed several men who appeared to be doubles vendors packing their kit into the trunk of a blue station wagon.

However, things quickly turned chaotic after an approaching vehicle was seen veering into their vehicle.

The men quickly moved away in the nick of time as the other vehicle was seen crashing into the trunk of the car, were they had been standing just moments before.

The incident was alleged to have taken place in Rio Claro.

Some claimed that the incident was the result of the driver falling asleep however the details surrounding the incident have not yet been confirmed.

Citizens were thankful that the men's lives were spared.

Ambica Ramphalie: “Wow. Thank god they were able to move on time. I believe it had someone in the front seat that was opening the door?”

Rachael Byamwillis: “Thank you Lord for saving those men.”

Justice Kyhan: "Thank God the 2 standing there didn't get hurt!”

Zhanmusi Jiǎ Mǎ'ěr: “Looks like they was about to head out for sales. But damn...he literally watch it coming & move within seconds. Thank God for life my brother.”

Hull Yah Cyat: “For those of y'all saying it was intentional the driver of the sportage fell asleep on his way home, not intentional and the cars was still rolling after the collision that's why the men didn't run over in an instant.”

Natasha Balram: “Wow these men were lucky God saved them.”

The viral video comes just days after the brutal killing of a doubles vendor in Curepe which occurred in an unrelated incident. Police are continuing investigations into that matter.

Doubles vendor gunned down in Curepe