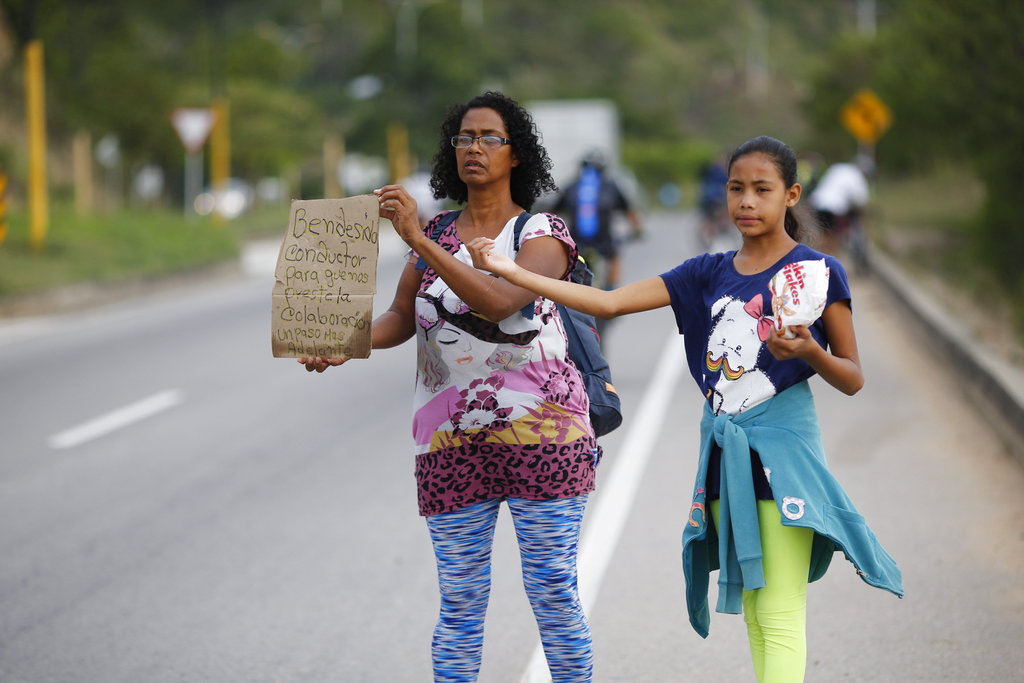 Authorities in Colombia moved homeless Venezuelan migrants to a football field on Tuesday filled with tents and cots modelled after a refugee settlement for Syrian arrivals in France, as the number fleeing Venezuela's economic and humanitarian calamity continues to swell.

The first migrant camp for Venezuelans in Colombia's capital sparked a protest from residents who said they fear their new neighbours will bring an uptick in crime and disease, one more hint of escalating tensions throughout the region as Venezuela's crisis spills across borders.

Colombian officials have been reluctant to set up refugee-style camps, even while similar establishments have been created in Ecuador and Brazil.

Authorities feared the camps would become permanent fixtures and hinder Venezuelans from integrating into society.

But with over 1 million Venezuelans now living in Colombia, officials said they had no choice but to offer tents to destitute migrants.

The migrants transported to the new camp early Tuesday morning had been living in a park outside a bus station in conditions considered a potential public health risk.

Families with young children were living cramped together alongside railroad tracks and cooking food over makeshift fires.

Many had reached Bogota after long walks by foot and didn't have enough money to rent a room.

The current exodus from Venezuela began in mid-2015 and has climbed at a steady crescendo as growing numbers facing crippling hyperinflation, food and medical shortages conclude they are best off leaving.

According to the United Nations, a total of 2.3 million Venezuelan have fled in the last three years alone.

Colombia has received more migrants than any other nation at a time when it is already tackling a litany of domestic issues including surging coca production and a fragile peace process with leftist rebels.