Watch: Cops to get pepper spray after man wrestles officer, runs off 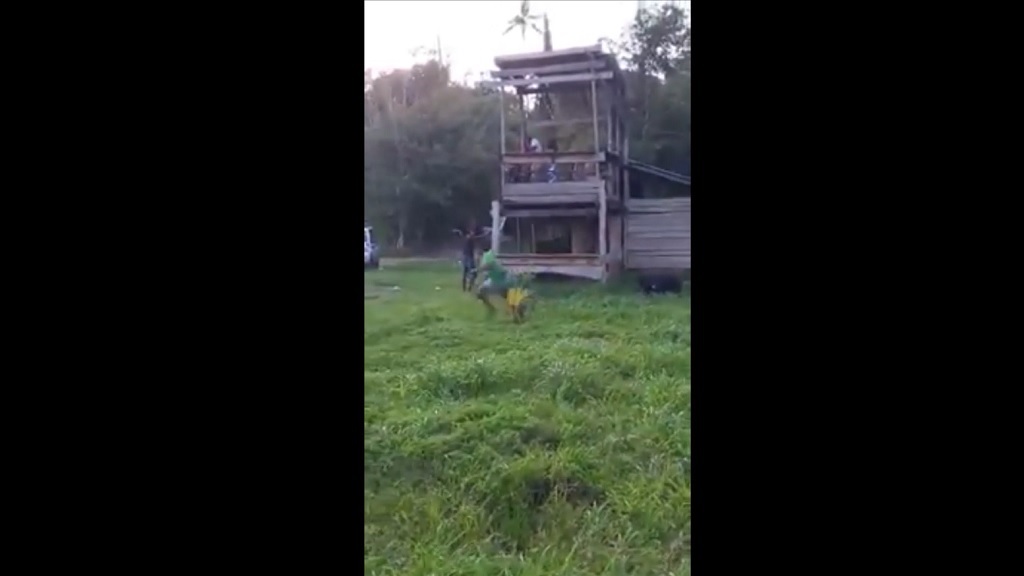 Police Commissioner Gary Griffith commented on a viral video showing a man tussling with a police officer and running off, saying officers will be equipped with pepper spray to deal with people resisting arrest.

Speaking at today's media briefing, Griffith referred to an incident in which police tried to detain migrants who were thought to be without documentation.

'These persons were breaking the law, they were being arrested and they tried to resist arrest. It's something I intend to deal with. We cannot have police officers trying to restrain persons and they believe it is their right to retaliate. They can damage a police officer or they could damage themselves.'

'With immediate effect, from Monday, every police officer is going to have pepper spray. Trust me, it's not a nice feeling.'

Video footage shared online showed an unidentified man wrestling with a police officer. He was seen holding the officer down and then running away while onlookers cheered.

Griffith said: 'The pepper spray will be issued, there are also tasers that have been issued for hundreds of police officers. We must have a minimum use of force policy to ensure that officers will be protected without the use of a firearm.

'People are videotaping, laughing, screaming and applauding when someone escapes police capture.'

He added that upon patrolling Maracas Beach he 'thought it was Caracas', commenting on the number of Spanish-speaking people there.

'What I did notice when I went to Maracas on Sunday, I wasn't sure if it was Maracas or Caracas, because I had to speak [a lot of] Spanish.'

Additionally, Griffith said every officer will be equipped with body cameras next year.

In a separate incident, a video was shared online showing a man who slapped an officer in the face. The man was detained.

Griffith fines officer for failing to wear mask in public

Two treated for chop wounds after fight in Manzanilla