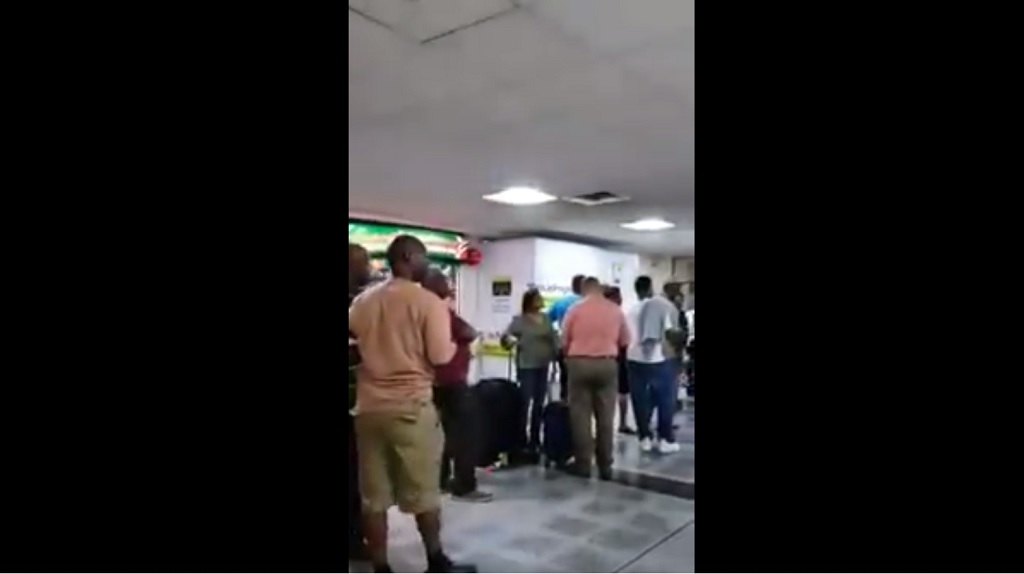 The Airports Authority of Trinidad and Tobago has set up an extra temporary car parking service after a viral video was shared online showing long lines of people waiting to pay parking fees.

In a video shared to social media, a customer showed a long line of people at the Piarco International Airport who were allegedly waiting to pay their parking fees, with one man calling the issue 'unacceptable'.

The video appeared to have been taken over the weekend during the busy July/August vacation period.

The Airports Authority of Trinidad and Tobago has since issued a statement saying there was unusually high traffic on the night of August 9, 2019, compounded by flight delays which resulted in the long lines.

AATT said an additional temporary car parking service has since been activated and the customers who were affected on Friday night were compensated with discounts.

"Airports Authority of Trinidad and Tobago (“the Authority”) wishes to advise that due to the usual high traffic of the July/August peak travel season, and the consequent heightened demand for airport car park facilities, an additional temporary car parking service was activated at the Piarco International Airport, to increase capacity and accommodate more customers."

"Temporary car park patrons would have experienced long wait times to make payments, on August 9th 2019, at approximately 9:30 p.m, as the high travel season was further compounded by flight delays, as well as the arrival of a number of flights in close succession."

"The Authority wishes to advise that contingency plans were implemented and inconvenienced passengers were compensated with discounts. Contingencies continue to be effected to prevent any future reoccurrence," AATT said.

The Authority added that payments for the temporary car park can only be made at the cashier’s booth and not at the automated payment kiosks, since this supplemental parking arrangement is temporary.

"We hereby confirm that the automated Park-in payment kiosks were fully functional at the time and remain operational for public car park payments," the Authority said.

The Authority apologised to customers for the inconvenience.