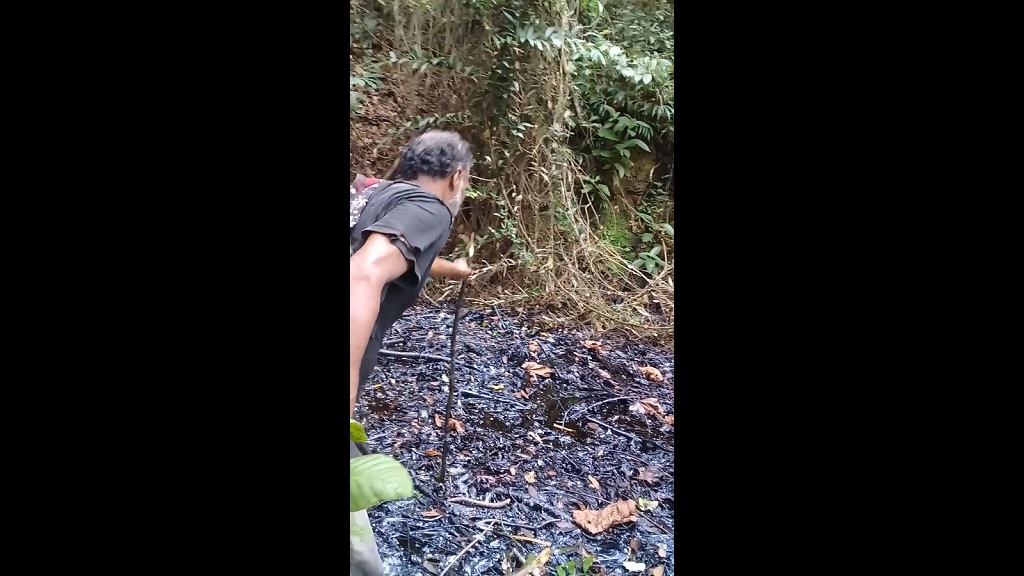 How deep does it go? It's anyone's guess.

More than one year after it was first discovered, hikers trekked again to the country's recently-discovered salt-water volcano in Rio Claro, only to find another curious phenomenon - an oil pool with unknown depths.

Members of the American Association of Petroleum Geologists (AAPG) - Young Professionals Trinidad and Tobago Chapter made their way back to the geological formation which caused a furor of curiosity when it was first announced in April 2017 where they discovered this deep oil deposit.

Xavier Moonan, member of AAPG Latin America and lecturer at the University of the West Indies St Augustine campus, said although dangerous if stumbled upon, the oil pool is far from populated areas.

Video footage shows hiking guide dipping a long staff into the pool which disappeared into its depths.

Moonan said hunters in the area reported that there were noises which sounded like a 'mud volcano' in the area, so the group visited the site and took samples for analysis.

There, they found the salt water volcano, which produces a highly saline solution, which flows into a nearby river called the Salt Water River.

He said it was highly unusual for salt water to be found over 10 miles inland.

Moonan said the emissions seem to be coming from rocks which might be possibly millions of years old, and the salt water is also accompanied by some oil.

"We don't actually know how deep it is, we put the stick in and it just went all the way down without any need to push it down," he said.

Moonan said the group will continue to study the formation, adding that it's a 'very unique area'.