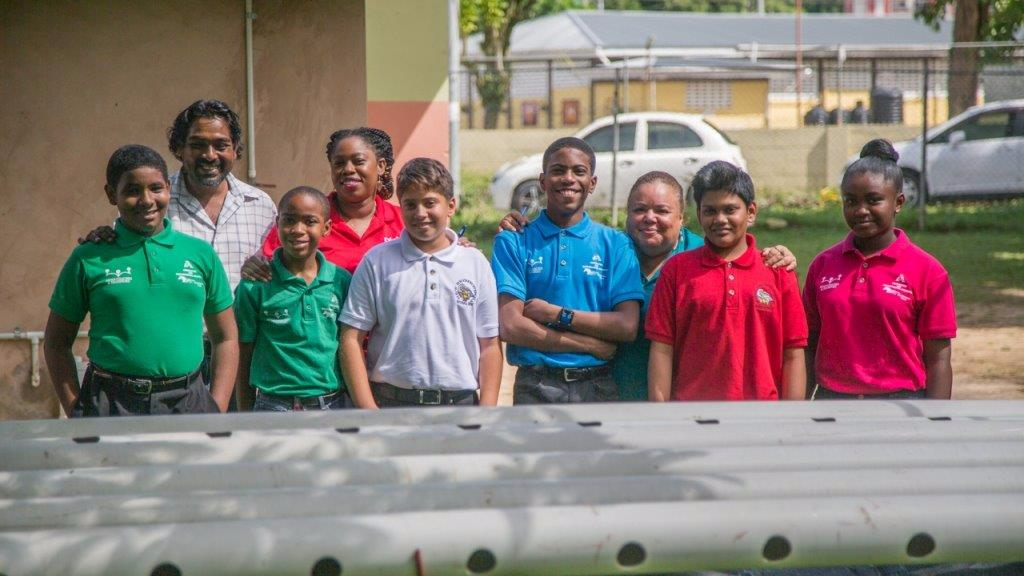 The Digicel Foundation has been working tirelessly over the last year to better serve those in need as well as make a significant impact across various communities across Trinidad and Tobago.

At their annual general meeting held last week, it was noted that within the last year, the Foundation had executed 108 projects which collectively impacted over 50,000 people.

Projects were divided between helping those with special needs and community development.

Between 2016 and 2017, they extended the ‘Preparing You’ programme to three additional schools: Enaame’s Private School, Aspirare learning Community and Tobago School for the deaf.  The programme was initially launched in 2015 in partnership with the UNDP, to create instructional disaster preparedness videos where the stars were the students themselves.

They also partnered with the Brasso Seco/Morna La Croix Farmers’ Association to implement a bee apiary, the first t community-based bee apiary in the country. This allowed for their honey product, ‘Honey Seco’ to be available for purchase at some of Digicel’s retail stores.

Proceeds from the ‘Honey Seco’ will be re-invested into the Brasso Seco community on other community social entrepreneurship initiatives.

One of the Foundation's most recent initiatives, Extraordinary Projects Impacting Communities (EPIC) funded 17  projects in 2016. EPIC was developed to enhance and develop indoor and outdoor community spaces.Community-Based Organisations (CBOs) were encouraged to partner with other public and private sector stakeholders to ensure that the projects would be sustainable for their respective communities.

Seafood Industry Development Company (SIDC) partnered with the Digicel Foundation to implement a Youth Fishing Clinic (YFC)The clinic targeted 50 students from five schools located in traditional fishing villages in Trinidad. The two-week intervention aimed to educate the youth on the potential employment opportunities and entrepreneurial foundations of the industry so that they can further be inspired to preserve, protect and develop the fishing industry.