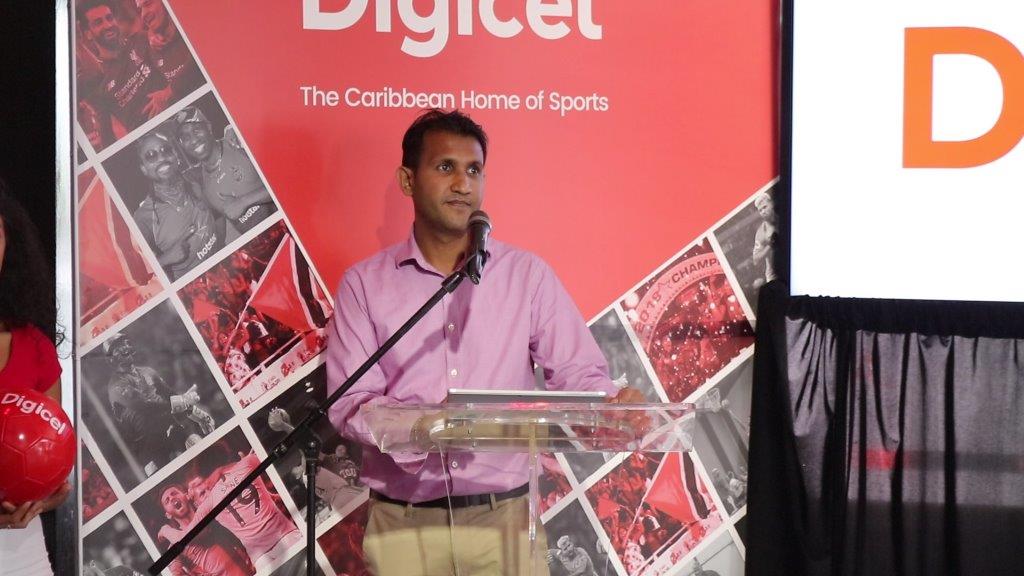 The English Premier League (EPL) is back on Digicel.

The telecommunications company hosted a launch party for the EPL on Friday 9 August to coincide with the first match of the season – Liverpool vs Norwich City.

Footballs fans packed into Mazzo on Ariapita Avenue to mix and mingle ahead of the match, and hear more about how Digicel is cementing itself as ‘The Caribbean Home of Sports’.

Starting with the 2019/2020 season, Digicel has acquired shared rights to the league, and the games will be available on the Rush channel for Digicel subscribers with the sports add-on.


The entire Rush Pack will cost customers $65 a month as an add-on to their home and entertainment packages.

Speaking at the launch, Head of Home and Entertainment, Navin Balkissoon also announced that Digicel will be offering all its subscribers free access to the first twenty games of the season on the Rush channel.

Apart from the EPL excitement, Events and Sponsorship Executive Colin Greaves also teased some of Digicel’s executions at the upcoming Caribbean Premiere League, due to begin on Wednesday 4 September.

Besides the usual trimmings, which include Digicel cheerleaders and fan giveaways, CPL fans can also look forward to virtual cricket powered by international company Centurion VR. At the various matches, fans can look out for the Digicel activation zones and experience virtual reality cricket on an Oculus headset.

Digicel is also continuing its partnership with the Secondary School Football League, providing high-speed internet at the games and Sportsmax coverage.