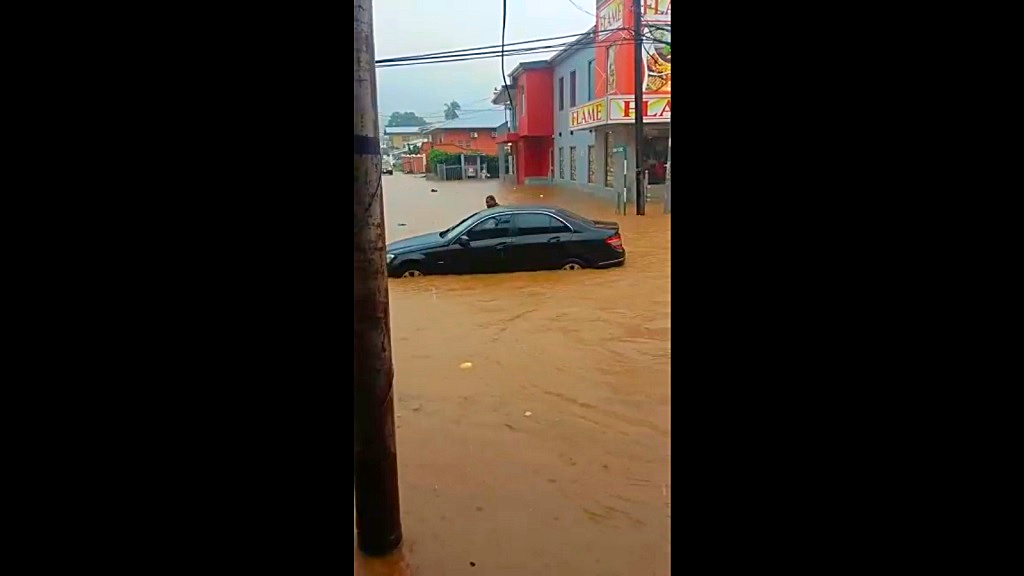 Divali celebrations on Tuesday were again marred by heavy showers and flash flooding across parts of north Trinidad.

Viral videos showed a car which had been caught in flood waters along the Eastern Main Road in St Augustine. Heavy flooding was also reported near Pasea Road in Tunapuna.

The Office of Disaster Preparedness and Management (ODPM) warned the public to stay away from the Eastern Main Road along Tunapuna and St Augustine as the roadway was impassable up until midday Tuesday.

"Citizens are kindly advised to proceed with caution on the nation’s roadways, as heavy rainfall has been reported across the country."

Thundershowers were also reported in Diego Martin and Carenage.

The ODPM said in an update at 12:40 pm however, that flood waters were beginning to recede along the EMR as rains abated somewhat.

1:16 pm 06th Nov. 2018 - The major roadways along the east-west corridor are clear as flood waters have subsided. This includes the Eastern Main Road and Churchill-Roosevelt Highway. https://t.co/sj6OM4qgE0

Thousands of families are still reeling from the devastation of flooding which destroyed homes across Trinidad from October 18-22, 2018.

Government estimates indicate that around 120,000 people were affected, with possible damages in the hundreds of millions.