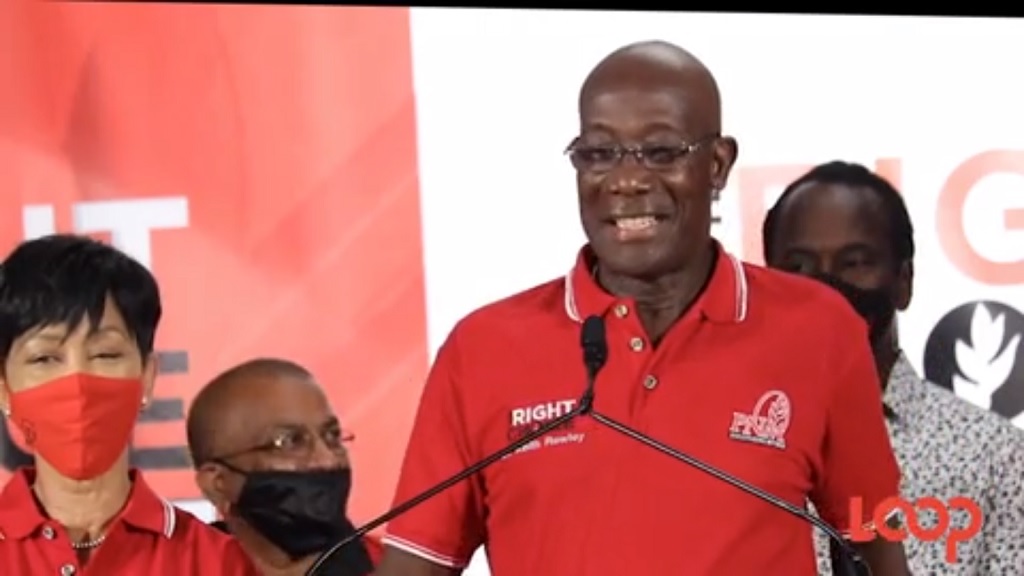 Dr Keith Rowley said although media has sometimes been 'naughty', he thanked them for their hard work covering the General Election as well as the COVID-19 pandemic.

During a speech at the Balisier House after announcing the PNM's victory at the polls, Dr Rowley said sometimes the media reported things he had not said.

'Many of you have been naughty, sometimes accidentally. There's only one thing I really hate, it's when you quote me as saying things I didn't say.'

'But you've done a really good job during the COVID-19 period...by and large you've carried this country very well and I want to ask you to continue to be responsible.

'Your agenda of the fourth estate is to ensure that when it comes from the media, the average person could say 'I read it in the newspaper and therefore it's true.'

Although the Elections and Boundaries Commission (EBC) said it had not completed tallying votes up to Tuesday morning, the PNM announced victory, claiming 22 seats to the UNC's 19.

Some of the election highlights include the former PNM constituency of Moruga/Tableland switching over to the UNC's Michelle Benjamin, while the marginal San Juan/Barataria seat was again won over by the UNC, this time to winning candidate Saddam Hosein.