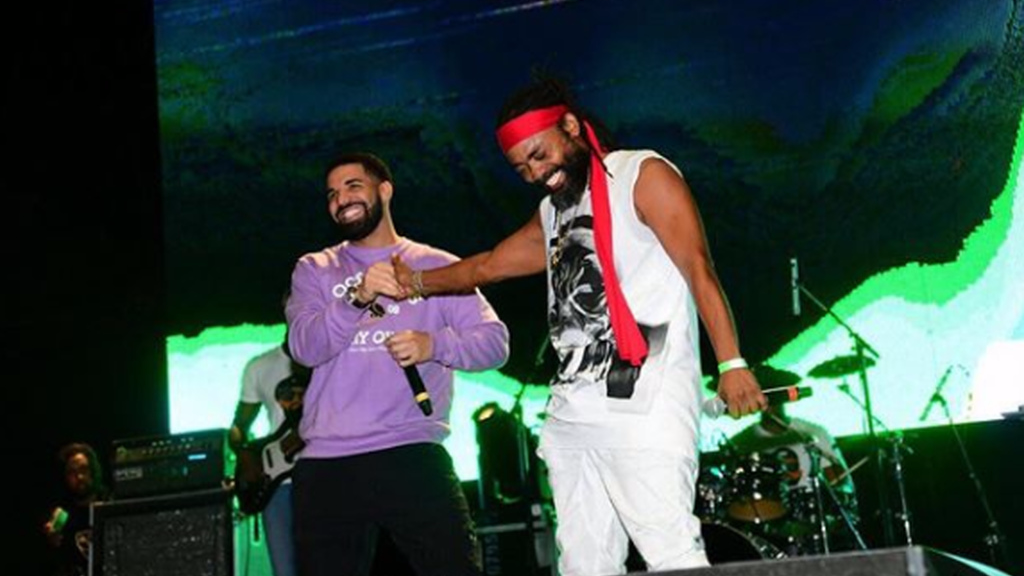 Soca fans at OVO Fest got the surprise of their lives on Saturday night when hip hop star Drake joined Soca King Machel Montano on stage.

Fans screamed as the Canadian star walked out on stage to the strains of his One Dance song. Drake performed the song as fans sang along in delight.

OVO fest is an annual concert that Drake has staged since 2010. The concert, held on Caribana weekend, has seen the likes of Eminem, Lil Wayne, Nas and Kanye West.

This year, Bunji Garlin was added to the cast as he and Montano launched their Busshead tour.

Garlin had the crowd jumping to his "Big Bad Soca" and wowed them with his freestyle skills.

The Busshead tour moves to Barbados on Monday for the annual 1love concert.