Watch: Dramatic capture of three suspects by police in Fyzabad 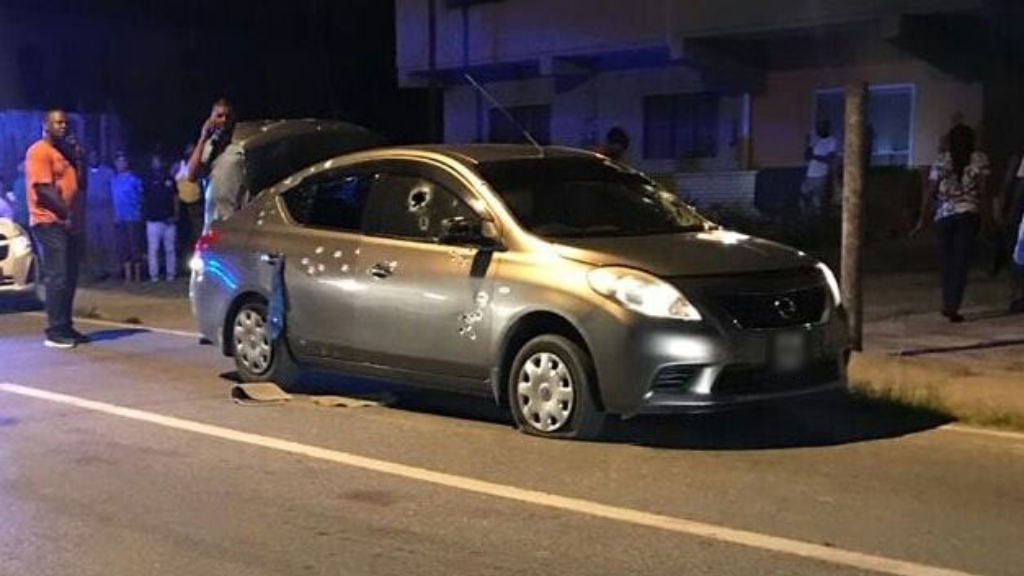 The Nissan Latio believed to have been driven by three suspects who police say opened fire on them in Fyzabad.

A dramatic scene unfolded in Fyzabad on Friday night as a team of officers from the Trinidad and Tobago Police Service apprehended the three men in a residential area.

Around 6:45 pm last night, officers of the Fyzabad Police Station responded to a wireless communication of a shooting in progress at John Jules Trace, Fyzabad.

The officers joined the pursuit and were able to intercept the Latio in the vicinity of Ramatally Park, with the additional assistance of officers of the Oropouche Police Station.

The occupants of the Latio then reportedly shot at the officers who returned fire.

Three male suspects, all of Delhi Road, Fyzabad, were wounded in the exchange and taken to hospital for treatment. A Smith and Wesson pistol loaded with 2 rounds of 9mm ammo was discovered in the back seat of the vehicle.

Man, 25, gunned down in Arouca

Man caught on video in confrontation with police granted bail