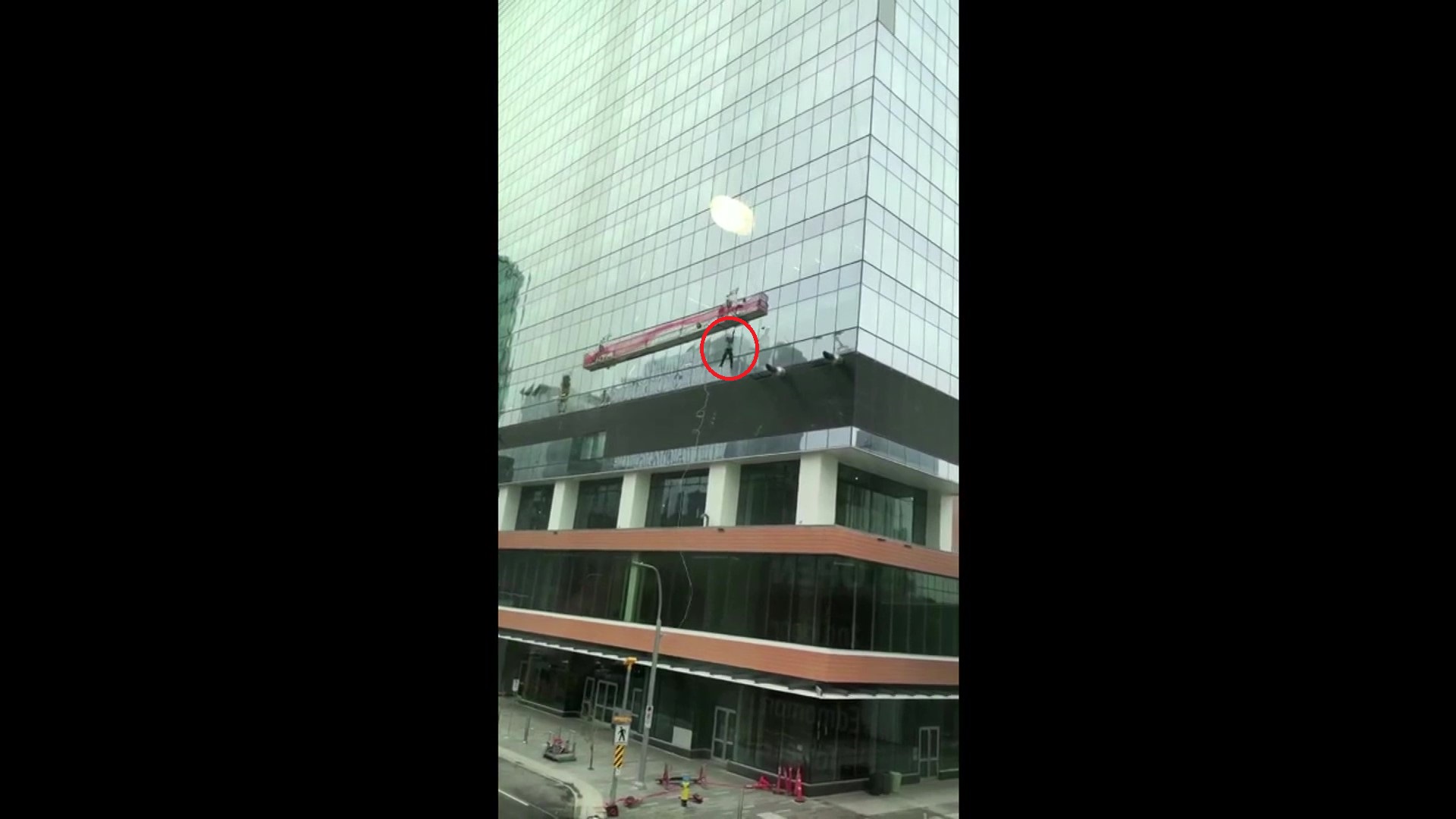 Strong winds left a maintenance worker dangling above downtown Edmonton, Alberta, Canada on October 25 after he fell from a platform outside the Stantec Tower.

The Edmonton Journal reported that the incident was caused by high winds that swept through downtown Edmonton on October 25.

“The area between Stantec and Edmonton tower is currently closed off. Fire said there’s no danger of the scaffolding falling but there is broken glass,” the paper added.

Local resident Arman Benipal happened to be standing in a building across the street and was able to record the incident as it unfolded.

Benipal’s video shows the platform swinging back and forth in the wind, leaving the worker dangling in midair after the platform slams into the side of the building for a third time.

Other onlookers’ reactions can be heard throughout the video, with some people screaming as the worker falls and one person saying, “This guy’s in trouble, man” as the platform swings back and forth.

The Edmonton Fire Rescue tweeted that no one was harmed in the incident and a wind warning has been issued for the Edmonton area.

Driver escapes through window after vehicle catches on fire in China