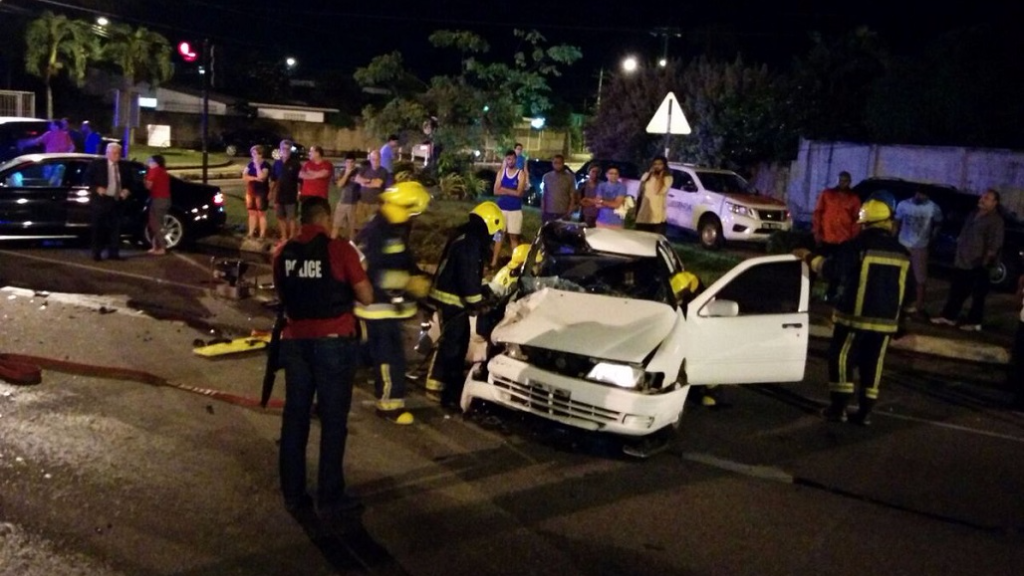 Drivers are being cautioned yet again to be mindful and obey the country's road traffic laws after a 61-year-old man died in an accident at the Westmoorings intersection earlier this week.

Video footage has been released which allegedly shows that Michael Bernard from L’anse Mitan Road, Carenage, broke the red light and crashed into a black Audi, which cost him his life.

In the video, the light changes to green and the Audi slowly proceeds across the intersection. The white Nissan B14 then slams into the Audi, causing it to spin out of control briefly.

Arrive Alive representative Sharon Rose Balkaransingh is imploring with drivers to obey the road traffic laws and to prevent the unnecessary loss of life.

"The video footage shows that there was more than enough time for the driver (Bernard) to stop, because there was a long lull, and then he came speeding, he broke the rules and sadly, he paid for it with his life."

"People need to obey the road traffic laws, amber and red mean stop. It's our culture (to speed up at amber lights) because you grow up seeing people doing it and then when you get behind the wheel you feel that you can get away with it. It's a mentality that we need to break. They need to obey the lights as they see it."

"Now, when people get the green light they are afraid to drive off; the video shows that the length of time since the light changed, was a long lull, and the driver of the Audi waited for a moment (before driving off) and still got hit."

"Now you end up losing your life, your family ends up in pain, and even the other driver would have experienced some trauma from the whole event. All we need to do is slow down, where are you rushing to go? If you're going home, reach home alive, obey the speed limit and the traffic lights," Balkaransingh said.

The group suggested having a roundabout at that area which might slow down traffic and help save lives.

According to the Trinidad and Tobago Highway Code, an amber light means stop at the stop line. A driver may only go on if the amber appears after the driver has crossed the stop line or is so close to it that to pull up might cause an accident.

How well do you know the Highway Code? Test your knowledge here: http://bit.ly/2yNExnC

10 things you need your birth certificate for