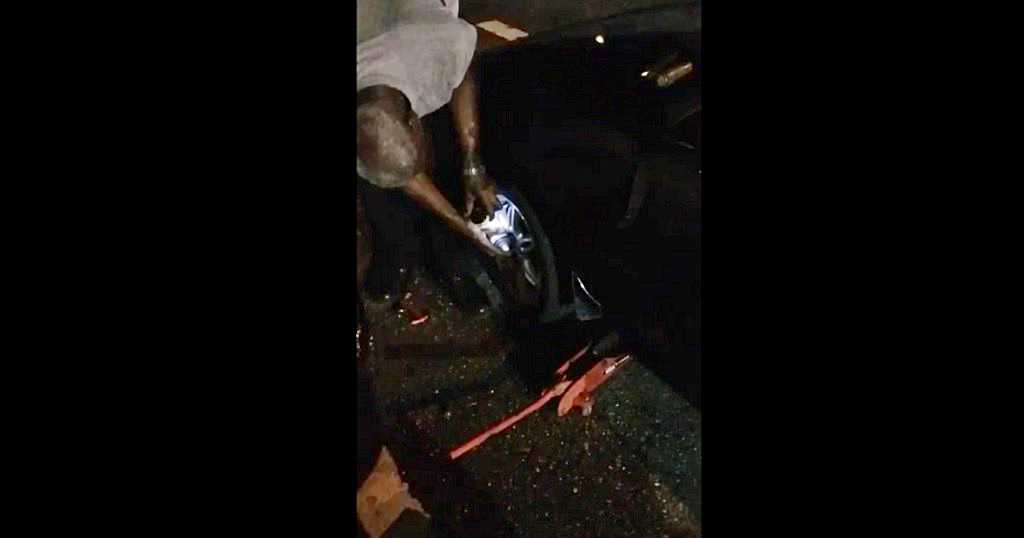 Road repairs are due to take place after drivers said they experienced flat tires after driving over a pothole covered by metal plates along the Diego Martin Highway near Four Roads intersection.

Video footage showed a line of cars and one man who appeared to be fixing his tire, after driving over the plates, near the Diego Martin walkover.

The Water and Sewerage Authority (the Authority) said the hole was the result of a leaking six-inch diameter pipeline, which is due for repair.

The company said as a result there will be traffic restrictions in this area from Wednesday night at 8.00 pm until Thursday morning at 4.00 am, to carry out repairs.

"Motorists are asked to proceed with caution when approaching the area, as the road surface has been damaged necessitating the emergency repairs," the company said.

WASA added that traffic control officers would also be onsite during the works to ensure safety of motorists and the general public.

The company apologised for the inconvenience.