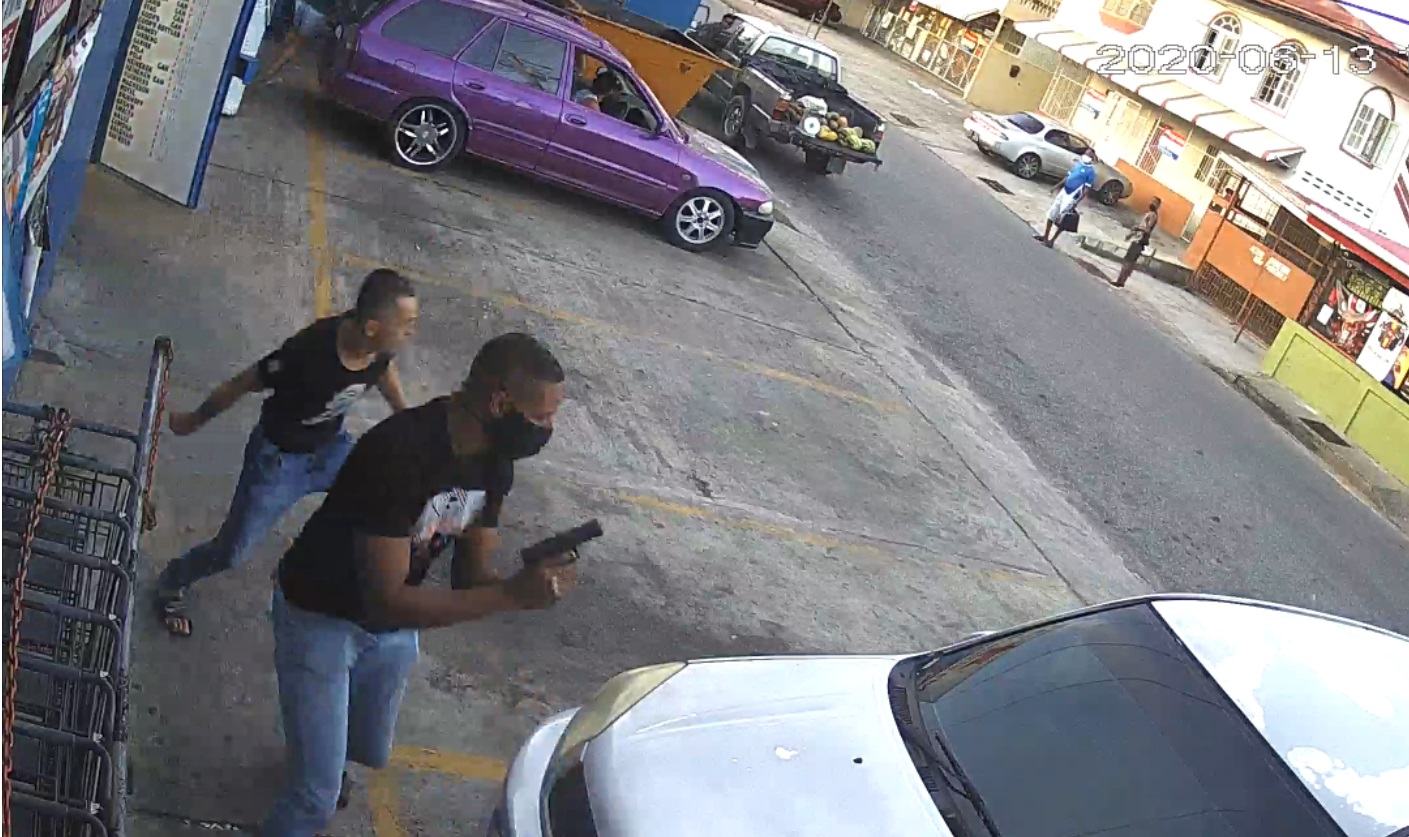 When two armed men stormed a supermarket in St Augustine yesterday evening, they weren’t expecting to be met by an off-duty police officer.

The officer, who is attached to the North Eastern Division, shot at the men, who then fled the scene.

Officers of the Northern Division have been given descriptions of the suspects, who were both described as “Spanish nationals” and searches are on for the two men.

The incident happened at about 6pm at the CAN Supermarket along Streatham Lodge Road.

According to reports, the 32-year-old officer was at the supermarket, when the two assailants entered.

The men announced a hold up and assaulted the 59-year-old owner of the supermarket. The businessman, fearful for his life, began escorting the two men to the cashier.

However, the men, on seeing a group of customers, pointed their weapons at the group.

This was when the police constable reacted. He drew his weapon and took cover, managing to make his way outside.

The assailants also took cover and there was said to be an exchange of gunfire.

The men eventually made their way outside where there was another exchange of gunfire. However, both men managed to escape.

Minors among four held for robbery