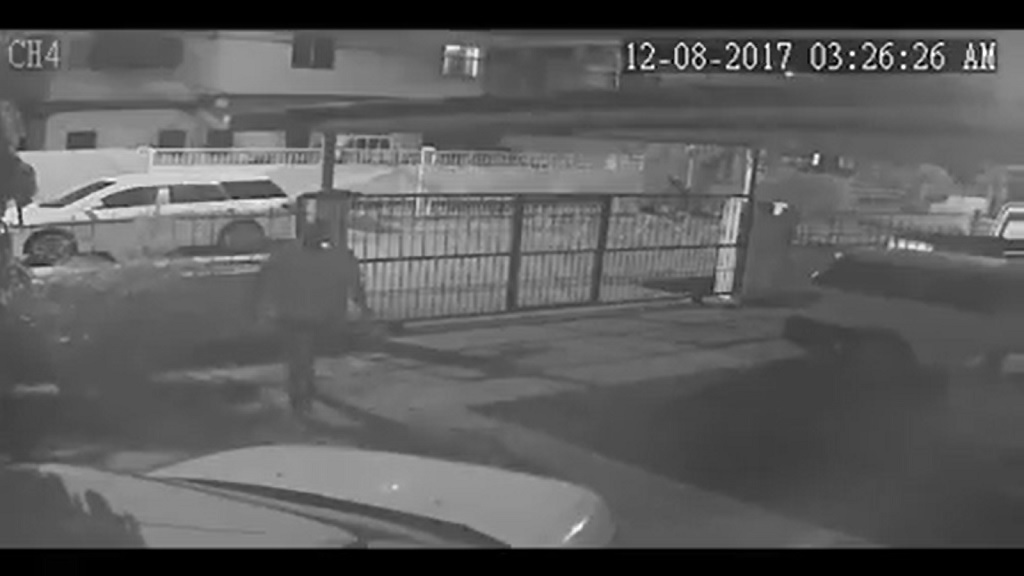 Residents of the El Dorado community are being warned to watch out for strange incidents after one woman recorded an alarming early morning intruder at her home.

The video, which appears to have been recorded last Friday around 3:15 am, shows a car pulling alongside the house, and then a man leaping over the wall, holding a flashlight in his mouth.

The man vanishes beyond range of the camera toward the back of the house.

The woman said however that the man left with nothing.

"BEWARE: A man jumped our gate in El Dorado around 3:15 AM yesterday and came knocking on the apartment window downstairs asking for a strange name. Thankfully he left with nothing."

Other commented that they have seen the same man on other streets in the area.

On Monday, popular ice cream store Haagan Dazs in Ellerslie Plaza was also visited by alleged bandits, however the quick-thinking response of a cashier who ran away and called for help, prevented them from stealing any money.