Watch: Eleven dead after passenger boats capsize in the Philippines 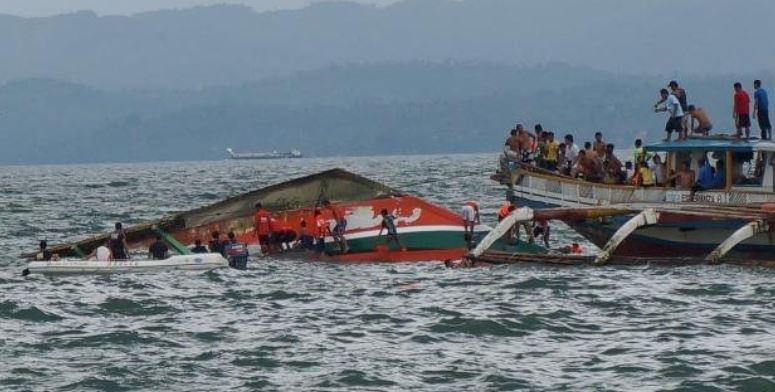 Survivors cling to a capsized boat after vessels flipped over killing 11 people in the Philippines yesterday August 3.

Three people are still missing after sudden storms battered boats in the Guimaras Strait, a channel of water between islands in the centre of the country, at around noon.

There were at least 63 people rescued after the disaster, including three who were seriously injured.

Passengers on the ferries - a common form of transport between islands in the Philippines - said they were battered by strong winds and waves at around noon.

Coastguards returned home at night but continued the operation on August 4.

Strong winds and choppy seas were being felt yesterday in Iloilo and Guimaras following a southwest monsoon intensifying a low-pressure area.

They were battered with sudden winds, rain and waves. There were 41 survivors from the 51 passengers and crew. The second boat, Jenny Vince, was carrying 34 passengers and four crew members when it capsized at 3.30PM.

Iloilo City Mayors Jerry Trenas said all passenger boat trips in the strait had now been suspended while the rescue operations take place.