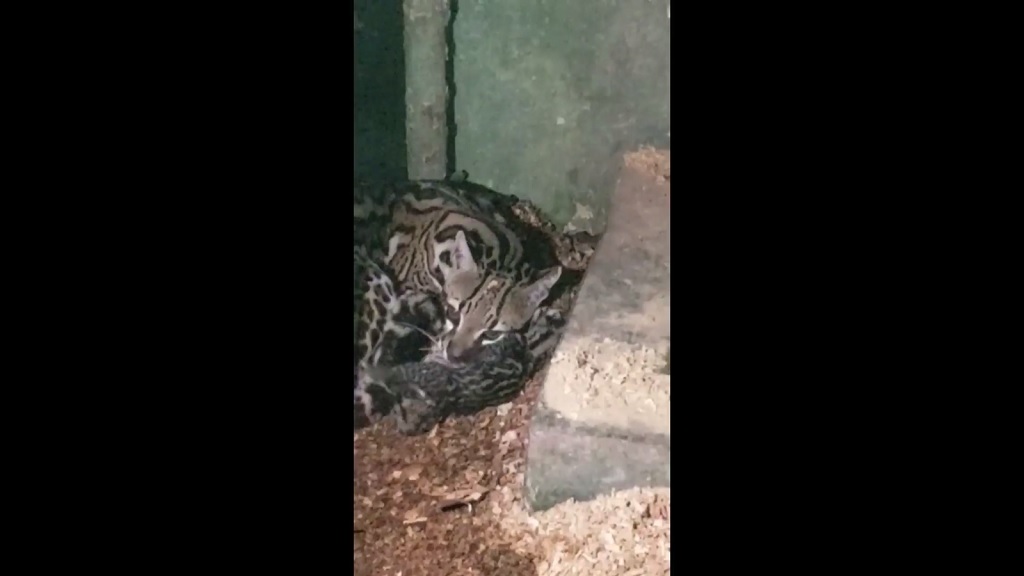 The Emperor Valley Zoo has welcomed a new addition to their family, with the birth of a baby ocelot.

The Zoo shared the great news via a social media post on January 4, 2019, which quickly went viral.

The Zoo said the ocelot kitten is the result of their breeding programme, and showed a video with the mother and her new baby.

The Zoo said both mom and baby are doing well so far.

Ocelots are native to Trinidad and Tobago and are protected by law and higher fines have since been introduced by government for the illegal hunting of protected animals.

According to a report from the University of the West Indies, ocelots are also known as painted leopard, tigrillo, and maracaya.

They are characterized by their sleek, smooth, cream-coloured fur adorned with brown and sometimes red markings bordered in black; marked with varying stripes to randomly shaped spots and rosettes.

Ocelots range in size from 68 cm to 145 cm from head to tail and weigh between 18 and 40 pounds and are generally twice the size of a regular house cat.

Ocelots live between seven and 10 years in the wild; males are called ‘toms’ and females are ‘queens’.

Like house cats, ocelots sometimes purr when they are stroked on their heads and backs.