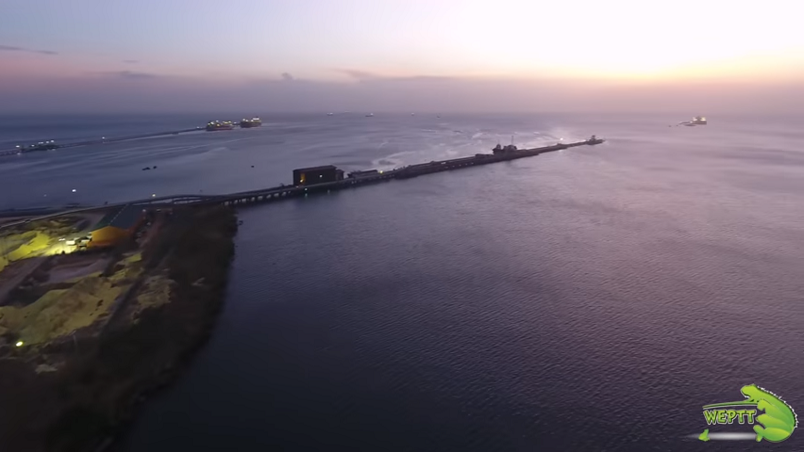 Group director Kristopher Rattansingh says based on observations, the Guaracara has so far not been affected and water samples have been taken for independent testing.

"While there are many calls for Petrotrin to become transparent about the issue, there are many false articles circulating about the incident or general lack of information, and we decided to investigate for ourselves."

"We would like to note that the Guaracara River was unaffected by the spill at the time of our visit yesterday evening. The surrounding shores and even off--shore were surveyed for any contaminants and none were observed. Water samples were also taken for independent testing."

The group says it would like to see round-the-clock clean-up efforts in order to contain the spill, adding that the leak poses serious threats to flora and fauna, including humans.

"Based on the images that we captured, we saw that a considerable amount of bunker fuel was still spread across the compound. We were a bit alarmed by this, as we saw continued exposure to the environment of the leaked hydrocarbon material. Much of the material seemed to be captured within the company's compound and some in the adjoined inlet."

"Preferably, we would have liked to see clean up efforts around the clock, and the incident dealt with in a more timely manner. Understandably, we are unaware of the circumstances experienced by the company and have to insist that the public be updated on the efforts and the time frame which they can expect to see work completed in. Information should also be provided as to what caused the incident, what measures will be taken to avoid it in the future and who is responsible for this incident."

"Spilled oil can harm living things because its chemical constituents are poisonous. This can affect organisms both from internal exposure to oil through ingestion or inhalation and from external exposure through skin and eye irritation. Oil can also smother some small species of fish or invertebrates and coat feathers and fur, reducing birds' and mammals' ability to maintain their body temperatures."

Rattansingh notes that citizens should allow professionals to rescue any birds covered with oil.

"It should be noted that untrained people should not try to capture any oiled bird or animal, you may endanger yourself, the animal or both in the process."

"Currently, Wildlife Orphanage and Rehabilitation Centre (WORC) is treating the oil slicked birds, and can use all the help they can get. You can donate your time, money (for food and cleaning supplies) or tilapia to feed the birds. If you would like to help, Call 637-3842 or 468-3230, comment or message the page or call our hotline at 341-9983."

"We advise that the public please do keep in mind that these animals are protected species, and interfering with them is prohibited by law."

"We would like to appeal to anyone that does sight any oil slicked animals to contact Petrotrin's hotline at 658- 7233."

Petrotrin has since launched an investigation into the leak after it was revealed that 20,000 gallons of oil leaked from a storage bunker at the company's Pointe-a-Pierre facility.