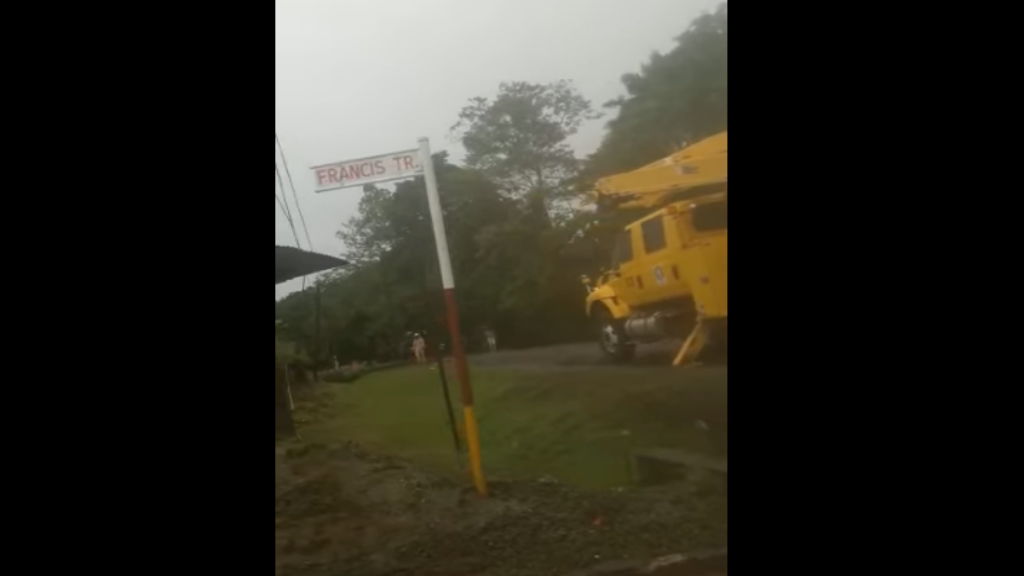 Intense thunderstorms associated with a passing tropical wave and the Inter Tropical Convergence Zone (ITCZ) have brought heavy rains and flooding to several parts of the country.

The Meteorological Service (Met Office) in an adverse weather alert (yellow) on Sunday noted that periods of showers and thunderstorms, winds gusting in excess of 55km/hr, street or flash flooding, and landslips may occur and persist until Monday afternoon.

The Met Office further noted that the next few days are likely to be cloudy and a bit rainy at times, with conditions improving slightly on Wednesday.

A tree was also reported fallen along the Manzanilla Road.

But, in spite of the rains, Saharan dust is still in the atmosphere.

But, the Met Office said that an ease in suffering should be seen over the next two days, as the tropical wave and ITCZ activity is expected to bring periods of rainfall and thunderstorms.